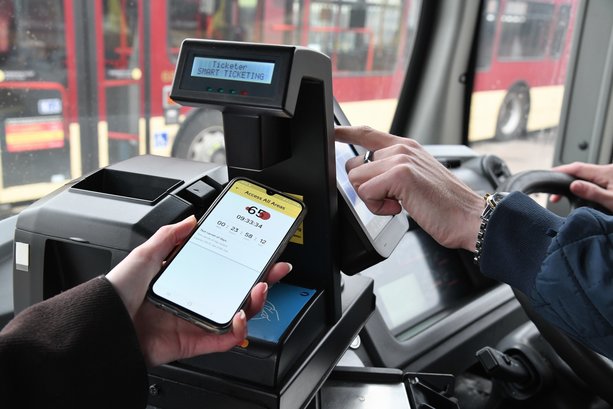 The new Flexi20 tickets, which are available on the East Yorkshire Buses app, give bus users a bundle of 20 day tickets, which they can activate as and when they need them.

The tickets, launched just in time for summer, are perfect for those wanting to get out and about over the holidays, and they’re also brilliant for those who work part time or flexibly, as you don’t have to worry if your work schedule changes.

The Flexi20 tickets are a new addition to East Yorkshire’s range of flexible tickets, which were first introduced last year to help those whose working patterns had been affected by the pandemic.

The original Flexi5 tickets have been hugely popular, with thousands of tickets sold since they were introduced in June last year.

Ben Gilligan, Area Director of East Yorkshire, said that the new Flexi20 tickets are being added to the range in response to customer demand.

“Since we introduced our Flexi5 tickets last year, we’ve had so many people contact us to say how useful they find them, but now people are able to travel more they’re asking us for a bigger range of flexible tickets.  The Flexi20 tickets will give people a chance to buy 20 journeys at a time, at a big discount compared to buying individual day tickets, while not having to worry if their plans change.”

“The Flexi20 tickets are also great for those who want to make the most of the summer,” he adds.  “You can buy one ticket for a whole summer of travel, without having to commit to travelling every day – and with our British summer weather, it’s always good to have some flexibility!”

The tickets, which are available for different zones across the region, are available to buy now from the East Yorkshire Buses app, which can be downloaded free from the App Store or Google Play.