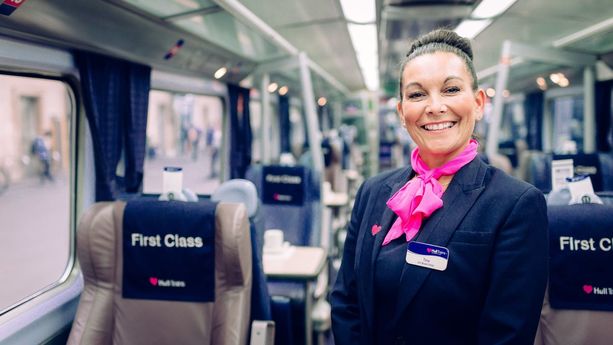 A warm welcome awaits on board Hull Trains' London services.

The UK’s smallest train operator was born on 25th September 2000, servicing just over 80,000 people in its first year of providing East Yorkshire with a direct link to London. Fast forward to 2018 and Hull Trains is set to reach the 10 millionth passenger journey this year – with passenger numbers continuing to grow.

Its focus on customer service and embedding Hull’s community values into its ethos has resulted in the company winning multiple awards throughout the industry over the last few years.

The business continues to go from strength to strength ahead of the major £60-million investment in a new fleet of Hitachi intercity Class 802s, which are set to be launched in December 2019 - just ahead of the company’s 20th anniversary year.

Louise Cheeseman, Managing Director at Hull Trains, said: “We are very proud to serve Hull and East Yorkshire with direct links to London and we’d like to thank all our customers and the team for their support over the last 18 years.

“We’re dedicated to providing a great service for our customers and we are aiming to work closely with local businesses over the next year in order to further enhance that service.

“We have had a fantastic 18 years and the team is looking forward to the next few years, with a new fleet that will be able to seat more people and improve efficiency, while reducing journey times.”

SOME FACTS ABOUT HULL TRAINS: