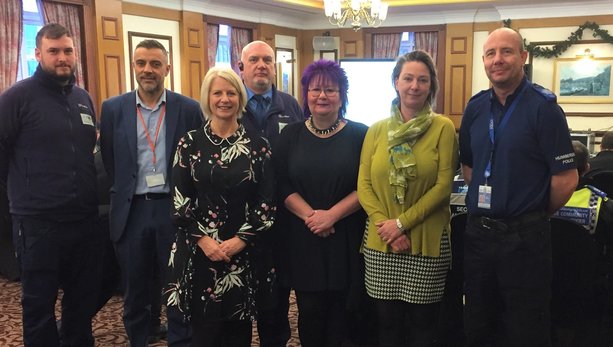 Members of the Hull City Centre Security Partnership at the launch of DISC.

A CRIME prevention system which brings together businesses, the police and Hull City Council to track offenders and share information is proving a big success among city centre traders.

Around 40 businesses signed up for the DISC scheme even before its official launch just before Christmas. Already the number has risen to more than 200 as traders join forces to fight crime, and now the project is being rolled out to licensees.

Fran Beasley of Beasley’s Clothing in Hepworth’s Arcade was one of the first to back the scheme. She said: “There was a time when we had a lot of problems in Hepworth’s Arcade but we have a good community there now with people working together, and this works in the same way.”

Natalie Csoppu, of Blacks outdoor clothing and equipment shop in Jameson Street, is one of the more recent recruits. She said: “We heard about it through HullBID and we felt it would be a good idea to have a system which we can use to report incidents.”

The project has been funded by the Humberside Police and Crime Commissioner’s office and the Hull Community Safety Partnership with the aim of emulating the success of similar schemes elsewhere in the UK.

Lilla Bathurst, who is managing the scheme in Hull in her role as HullBID’s Business Liaison Officer, said DISC will dovetail with the existing CCTV, BID radio and phone services with the aim of reducing business crime and anti-social behaviour in the city centre.

She said: “DISC has really taken off! From 40 businesses which signed up just a few weeks ago we now have more than 200 and the data shows they are using the system on a regular basis. They have logged in over 8,000 times, reported more than 150 incidents and updated information on more than 170 offenders. In the last seven days alone they have posted more than 25 instant messages about crime and anti-social behaviour in the city centre.

“We are now focusing on bars and restaurants in the city centre and would like to sign up as many licensees as possible. I would ask them to contact me to find out more about how businesses are working together on this.”

DISC can be operated from a desktop computer or as an app from mobile devices. It is easy to use and enables participants to log information about crime and offenders quickly, and to share the intelligence with other members. It can be used to monitor developing situations and to identify regular offenders, assisting the management of exclusion schemes and updating members with news and alerts.

Natalie said the staff at Blacks have found DISC to be a useful addition to the existing phone and radio contact. She said: “Sometimes when we use the phone or the radio to report information there are other things going on to distract us, so the app is much easier to use. I’ve got it on my phone and within the first few days used it to report an attempted grab and run, a woman behaving aggressively and some kids causing chaos. We were also able to post pictures.

“The scheme has been welcomed by our management who have seen it work well in other areas of the country and we’ll be adding the app to our laptop so other staff can use it.”

Lilla added: “The rising numbers of people using DISC and the comments from businesses show they recognise it as a valuable tool in the fight against crime. Not only are they signing up to the scheme, they are also making good use of it, logging in regularly and using it to report incidents, update information on the activities and movements of known offenders and communicating with others in the network.

“We all know what sort of problems our city centre businesses are facing in terms of crime and anti-social behaviour but we also know that every town and city in the country is in a similar position. The key is to do something about it.

“What matters is that we are all working together to address the issues and it is now about using this system and encouraging neighbouring businesses, licensees and anybody who you think could add significant information. Please get them involved and let people know we are here to support and help city centre businesses.”

Chief Superintendent Darren Downs, North Bank Divisional Commander for Humberside Police, said: “DISC is a fantastic initiative which has proven in a short time that by working together with local businesses and services we can progress to more modern solutions and work smarter to tackle crime and anti-social behaviour in our city centre.

“HullBID, its member businesses and Hull City Council are making a big difference by taking this partnership approach and I would encourage any businesses that are not yet signed up DISC to consider becoming a part of it.”

To find out more about DISC and the Hull City Centre Security Partnership please contact Lilla Bathurst on 07719 519314, email Lucilla@hullbid.co.uk 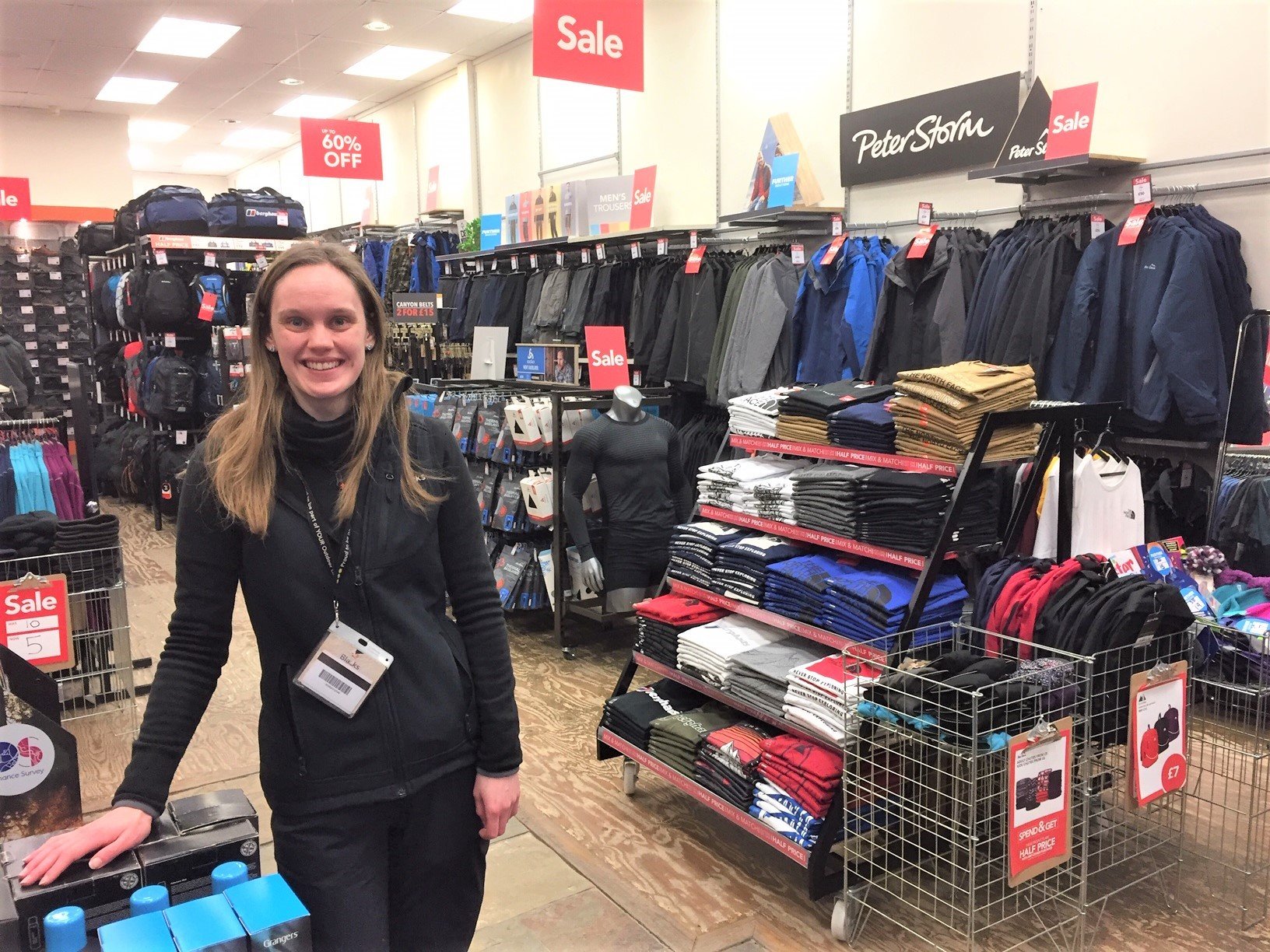