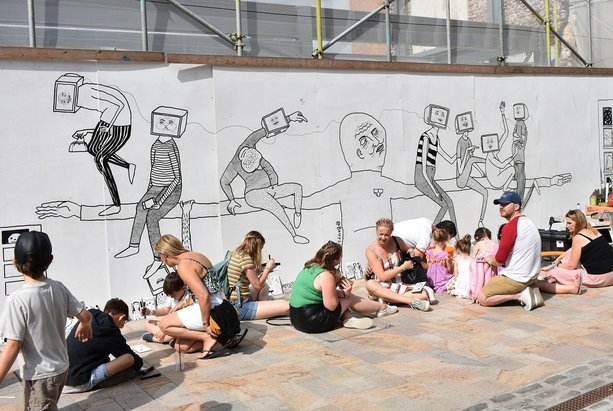 Children working on their contributions for a mural at Humber Street Sesh in 2018.

AN arts company which uses the power of creativity to improve the life chances of children with specific educational needs has been selected to receive an award from the Chamber through its Chamber Culture Fund.

Creative Briefs, which is based in Hull, will use the donation of £4,000 to develop a project which will see a group of young creatives produce a “street book” telling a visual and auditory story to raise awareness of dyslexia.

The project is also being supported with funding from Children in Need and the Hull-based Dyslexia Sparks charity. Creative Briefs is working towards presenting a work in progress at Humber Street Sesh in August and at Freedom Festival in September, and then displaying the work at libraries and other public buildings later in the year.

The Creative Briefs approach is to bring together young people who have dyslexia to work on a live design project to create accessible forms of art which explore their perceptions of their disability.

The young participants will take creative control and produce large scale street illustration books, collaborating with musical production company Broken Orchestra and poet by Vicky Foster to create a backing track which complements their own designs.

Jason Bowers, founder of Creative Briefs, said: “We are all extremely excited to receive an award from the Chamber Culture Fund. It allows us to start a project which we wouldn’t have been able to do previously and which has so much potential.

“The project is a fantastic opportunity for the young designers to share their work with a worldwide audience at Freedom Festival and the Sesh. As a result of the Chamber’s support they have already had the experience of working alongside some of the region’s top writers, photographers, musicians and business mentors in developing their street book.

“The mentors provided by the Chamber will help our team to test and develop the street book concept to its full potential in Hull and elsewhere in the Humber region.”

The Chamber Culture Fund was launched to commemorate the Chamber’s 180th anniversary and Hull’s status as 2017 UK City of Culture. In 2018 the Fund made its first award to support the development of Pale Blue Dot, a play by the Hull-based theatre company Ensemble 52. The panel selected Creative Briefs for this year’s award after reviewing bids from across the Humber region.

Elaine said: “We are excited by the potential of Creative Briefs’ approach. The quality of their idea stood out and it offers a very innovative way of giving a new voice to young people with dyslexia. Creative Briefs’ way of working is engaging and fun, and we think it will really connect with people of all ages – at Humber Street Sesh, Freedom Festival, libraries and beyond.”

Phil Ascough, who launched the scheme as Chamber President for 2017–18, said the hope is that businesses will play a part.

He said: “The Fund has only made two awards so it’s still early days. It will grow in the years to come and we will be able to increase the value of the awards more quickly if we can get more direct support from businesses.

“We received nearly 20 bids, which indicates there is great demand for funding for the arts and culture in the Hull and Humber region. We know from having studied the bids that many of the projects are based on great ideas but the people behind them need money and expert guidance to develop their work.

“We urge more businesses to come on board, and to look at the work of Creative Briefs and other arts and culture companies and individuals to see some of the excellent ideas that are emerging in our region. Together we can support even more culture in our region.” 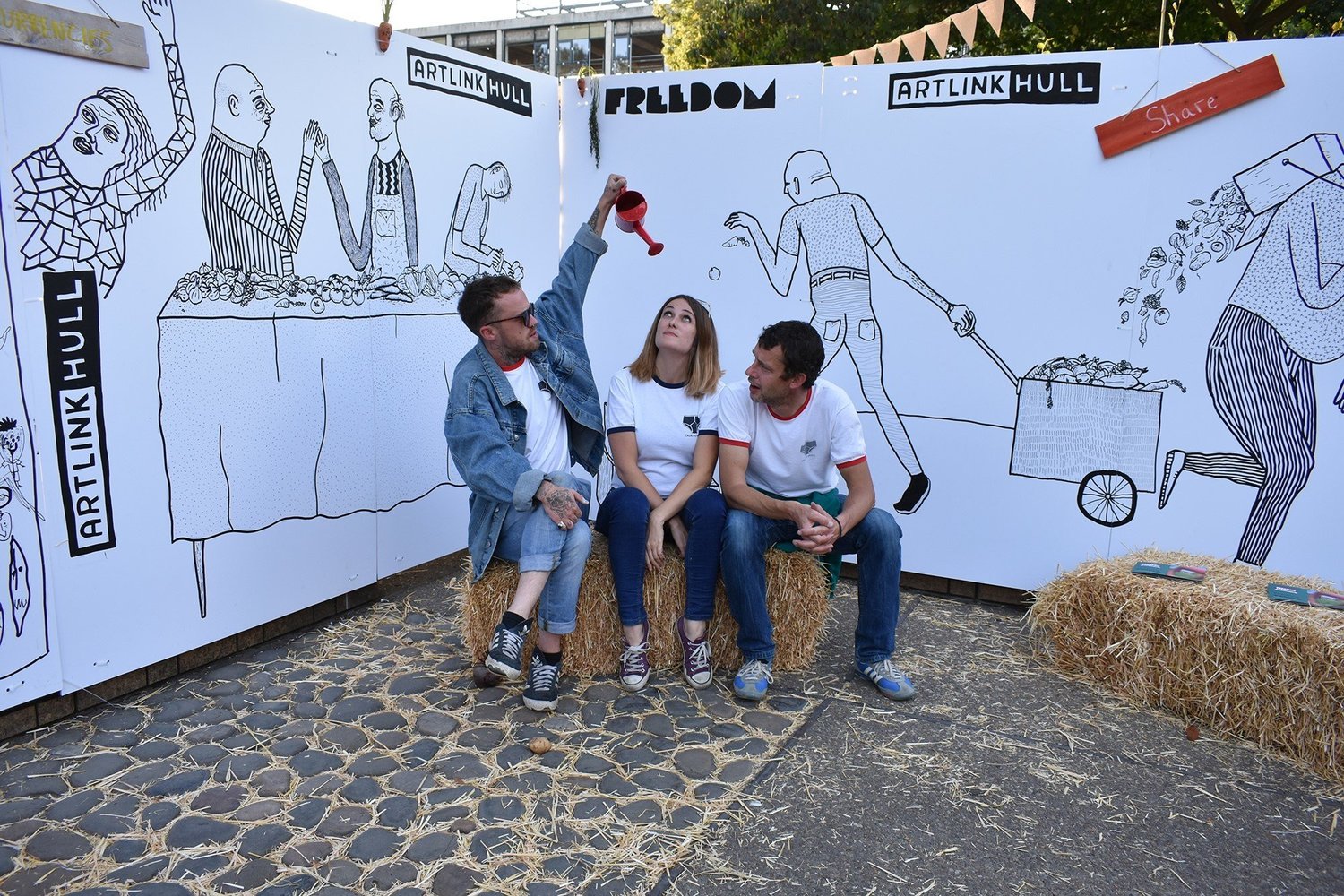 Could you help make the UK safer? Join our webinar with DASA to find out how you could help
Incoterms - Online
Customs Declaration Training - Online
See All

10% off your commute service with Zeelo and the Chamber
Dell Technologies are offering Chamber members discounts on some products
Do you get frustrated by customer feedback?
Go Green
Free VoIP phone and setup
See All