Standards of marine operations in Humber impress visitors from Barbados 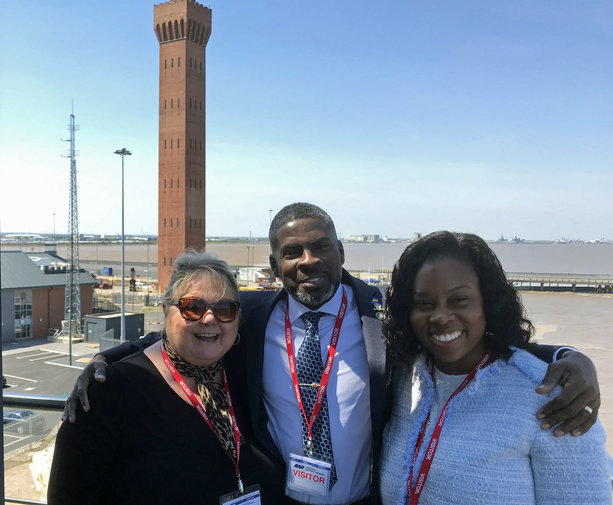 REPRESENTATIVES from the Barbados Ministry of Maritime Affairs and the Port of Barbados visited the Humber Ports in May to gather best practice on port operations and waste management.

Their visit was organised by the British-Caribbean Chamber of Commerce and while in the Humber Region they met with representatives of Associated British Ports and other port operators.

Commenting on the visit, Ms Najla King, from the Barbados Ministry of Maritime Affairs, said: “I have been most impressed with what I have seen in the Ports of Immingham and Grimsby and it has been a pleasure to exchange knowledge and information with key people involved in operating UK’s ports.”

Accompanying Ms King on the visit was Capt Karl Branch, Port of Barbados. While visiting the Humber Marine Control Centre at the Port of Grimsby, Captain Branch said: “I am impressed with the standards of managing marine operations in the Humber, one of the UK’s busiest estuaries.”

Both visitors showed particular interest in the number of environmental measures incorporated in the design and build of the Humber Marine Control Centre.

A range of other opportunities for co-operation were discussed during the visit and particular interest was shown in the Humber’s excellence in renewable energy and carbon capture.

Pauline Wade, Deputy CEO of the British-Caribbean Chamber of Commerce said: “We are delighted to host this visit to the UK  from Barbados and to share best practice with them and look forward to continued engagement between us.”