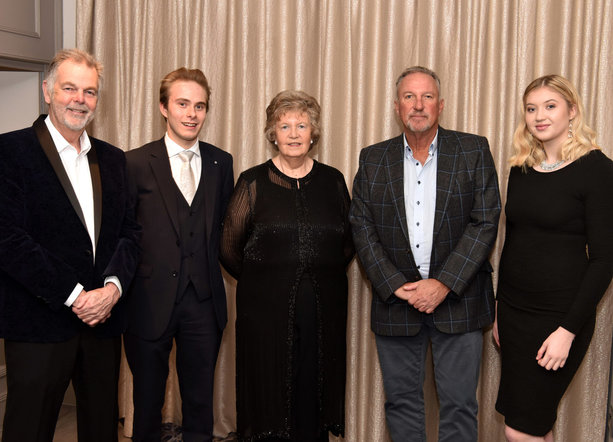 A CHILDREN'S nursery in Beverley signed up cricketing and fund-raising legend Sir Ian Botham to bring in nearly £5,000 to support charities in Hull and East Yorkshire and to help research into multiple sclerosis.

Educare Nursery sponsored the sporting dinner, which was organised by Haltemprice Lions Club, as part of its 20th anniversary celebrations.

Around 200 guests attended the event at the Mercure Hull Grange Park Hotel in Willerby and found the former England cricket captain on top form only a day after returning to the UK from New Zealand.

Sir Ian answered questions submitted by the audience and by Geoff Miller, himself a former England international. He covered subjects ranging from the recent ball-tampering scandal by the Australia team to his early years in county cricket with Somerset, his fame as one of the world’s top players and his football career at Scunthorpe United, where he remains President of the club.

Sir Ian also connected with the charitable theme of the evening as he told how he first became involved in raising money for leukaemia research. He had visited a hospital for treatment to an injury and was devastated to learn that some of the children he had spoken to had only weeks to live.

He completed his first walk, from John O’Groats to Land’s End, in 1985 and over the years was joined on his treks by celebrities from sport and entertainment. He completed his final fund-raising walk in Australia in December 2017 having covered thousands of miles and raised around £26 million.

David Whincup, owner of Educare, said: “We have been looking after children in the Beverley area for 20 years and we were delighted to be joined in our anniversary celebrations by Sir Ian, whose own fund-raising efforts to help children began more than 30 years ago.

“We have close links with the Hull, Beverley and Holderness branch of the Multiple Sclerosis Society and with the good causes supported by Haltemprice Lions and we are grateful to Sir Ian, to Geoff Miller and to everyone who helped us raise money from a fantastic event.”