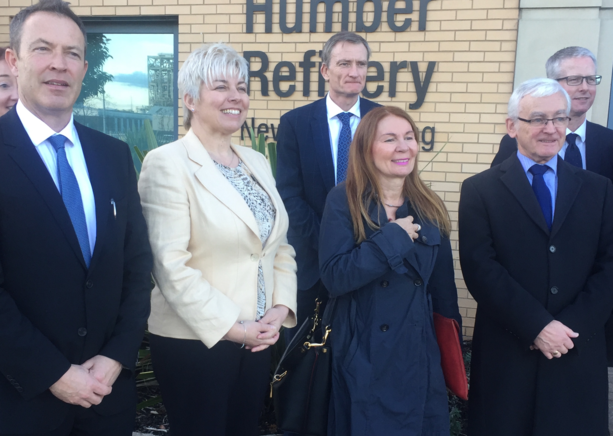 FOLLOWING a successful webinar earlier in the year on Serbian business opportunities, chaired by Martin Vickers, MP for Cleethorpes and the Prime Minister’s new Trade Envoy to Serbia, the Chamber was delighted to join the Serbian Ambassador to the UK, Her Excellency Aleksandra Joksimovic, in November at Phillips 66 Humber Refinery for lunch and then at Healing Manor for a private dinner sponsored by the Hull & Humber Chamber of Commerce.

Martin Vickers showcased the Humber’s green credentials and its ambitions for carbon zero activity which Drax, Phillips 66 and Able UK, as well as ABP, are supporting locally.

It was noted that as well as opportunities in the green energy sector, the UK nationally is exploring opportunities for business related to Serbia’s large lithium reserves.

Sinisa Krajcinovic, a board member of the Serbian British Chamber, also made contact during the visit with the Hull & Humber Chamber and agreed to explore future trading links with this part of the world.

Any members interested in trading opportunities with Serbia should contact the Chamber’s International Trade Centre team on (01482) 324976.

CHIEF no longer accepting new importers from 10am on 5 July 2022
Focus on Customs Procedures and CDS in June!
UK Lifts Tariffs on Imports from Ukraine
BCC: Trends still point to lack of sustained boost to exports
Russia and Belarus Trade Sanctions Update
See All