Members of the trade delegation from the Port of Zeebrugge pictured with P&O’s Port Manager for Hull and Teesport and Chamber Vice President Sally Booker (third from left) and Chamber President Phil Ascough (third from right).

TRADE between the Humber ports and Zeebrugge must not be allowed to be negatively affected by Brexit - that was the key message from business leaders representing the Belgian port during their visit to meet their counterparts in the Humber.

The chief executive of Zeebrugge Port Authority, Joachim Coens, reflected on a long history of trade links going back centuries between the two ports. The routes between Zeebrugge and ports on the English east coast including the Thames in the south and Teeside and Rosyth in the north have grown to rival the Dover-Calais route, with the Humber being particularly important.

Mr Coen admitted to being "concerned" about Brexit but urged Humber business leaders to put maximum pressure on EU and UK negotiators to preserve the current free movement of trade between Europe and the UK. He also revealed that he and his colleagues had made the same point to the EU’s chief Brexit negotiator Michel Barnier when he visited Zeebrugge recently. 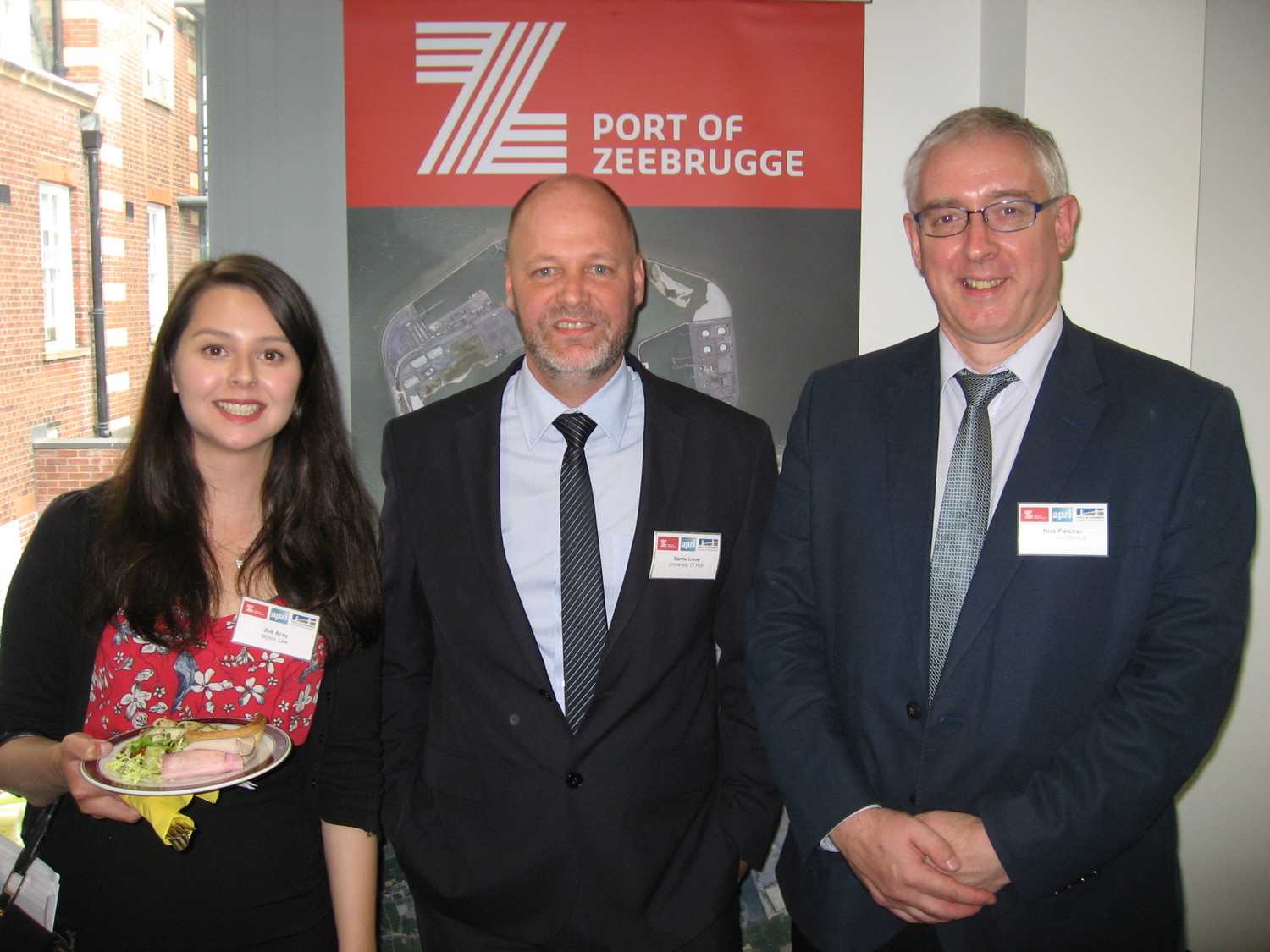 The port of Zeebrugge handles 40-million tons of cargo, much of that on ro-ro ferries. In a year it serves 8,467 vessels with cargo that includes 2.8-million automotive products, 4,000 trucks and maintains 20,000 jobs – 45% of Zeebrugge’s trade is UK related, with the next largest customer being Sweden at just 10.9%.

Ro-ro traffic currently accounts for 14.3-million tons of cargo, 1.3-million trucks and 2.8-million cars in an industry which has grown rapidly in recent years in both countries, with the Belgian port being able to store 150,000 cars. Mr Coen also highlighted that the UK produces 1.5-million cars with 1.1-million of those being exported – one-million of those vehicles going through Zeebrugge. In the opposite direction, 2.6-million vehicles are imported into the UK with many of those coming through the Humber ports of Grimsby and Immingham.

Peter Stolk, Head of Ports for P&O Ferries, said the company has been linking the two ports for the last 50 years and now carries one-million passengers a year.

They are now on their third generation of tourist ships and while the Pride of York and the Pride of Bruges are reaching the end of their service lives, those lives have been extended by five years following major refits which have just been completed and seen cabins upgraded and new shops installed. He said there has been a great emphasis on self-drive freight, and the ships offer great facilities to the drivers.

He said the P&O ships sailing between Hull and Zeebrugge offer the only passenger link between Belgium and the UK and joked that he would like to keep it that way.

Mr Stolk thanked those who had helped to make the trade visit happen, especially Pauline Wade from the Hull and Humber Chamber of Commerce and Sally Booker who is P&O Ferries’ Port Manager for Hull and Teesport and the Vice President of the Chamber of Commerce.

Following the presentation by the Belgian business leaders the President of the Hull & Humber Chamber of Commerce, Phil Ascough, thanked the delegation and promised a return trip to Belgium later in the year to further strengthen trade links between the two major ports. He also thanked Hull University’s Institute of Logistics for hosting the event.

Guests then enjoyed a networking lunch and a tour of the city before returning to Zeebrugge on the overnight ferry. 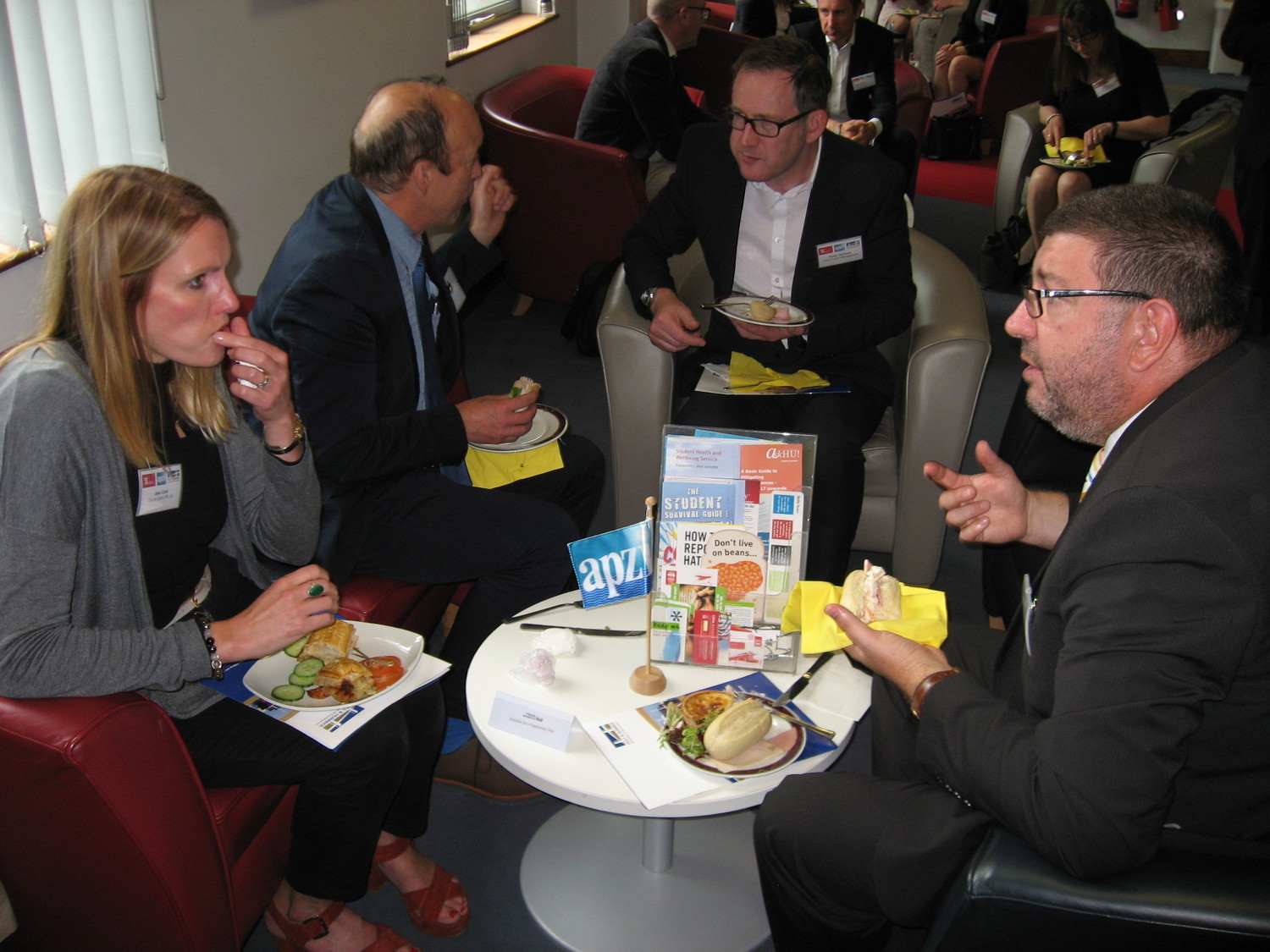 A tasty bit of networking over lunch during the visit by Belgian business leaders to the Humber.