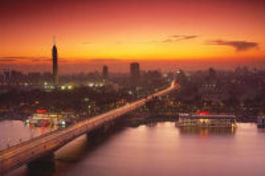 The UK and Egypt have a long history of strong shared interests and in 2015 the total trade volume between the two countries totalled to £2 billion.

After a turbulent three years, significant investment into Egypt was reinforced at the high profile conference in Sharm El Sheikh in 2015, when a set of regulatory and institutional reforms were introduced alongside a series of investment opportunities in support of the government’s medium term development strategy.

UK exports to Egypt in 2014 totalled £1 billion. Opportunities for UK businesses in Egypt exist in:

World Trade @ 1 will be hosting a roundtable event (date to be confirmd) with the Secretary-General of the Egyptian-British Chamber of Commerce, who will be discussing Egypt as a trade and investment destination, market opportunities and the recent changes surrounding export documentation for UK companies. If you would like further details of this event and/or would like to attend, please email Lorraine Holt at l.holt@hull-humber-chamber.co.uk