HER Majesty The Queen has praised the contribution the Hull & Humber Chamber of Commerce and Chambers of Commerce across the UK are making to help firms, champion trade and rebuild communities, in a letter released today.

The letter from Her Majesty, Patron of the British Chambers of Commerce, reads: “At a time of great difficulty for many, it is heart-warming to see the civic response and generosity of so many businesses, small and large, to the challenges posed, whether supporting the health sector or vulnerable communities.”

Welcoming the letter, BCC President Baroness Ruby McGregor-Smith said: “The Queen’s personal message of support will be a huge morale boost to our business communities at this complex and sensitive time.

“We are grateful that Her Majesty has recognised the crucial role Chambers of Commerce play supporting businesses and communities through the pandemic, and as we restart, rebuild and renew the economy.”

The Chief Executive of the Hull & Humber Chamber of Commerce, Dr Ian Kelly, said: "I am delighted that Her Majesty has recognised the work of Chambers of Commerce. I would like to thank all of our members for your work in growing your business and (re) building the Humber’s economy."

Here is the full letter from The Queen. 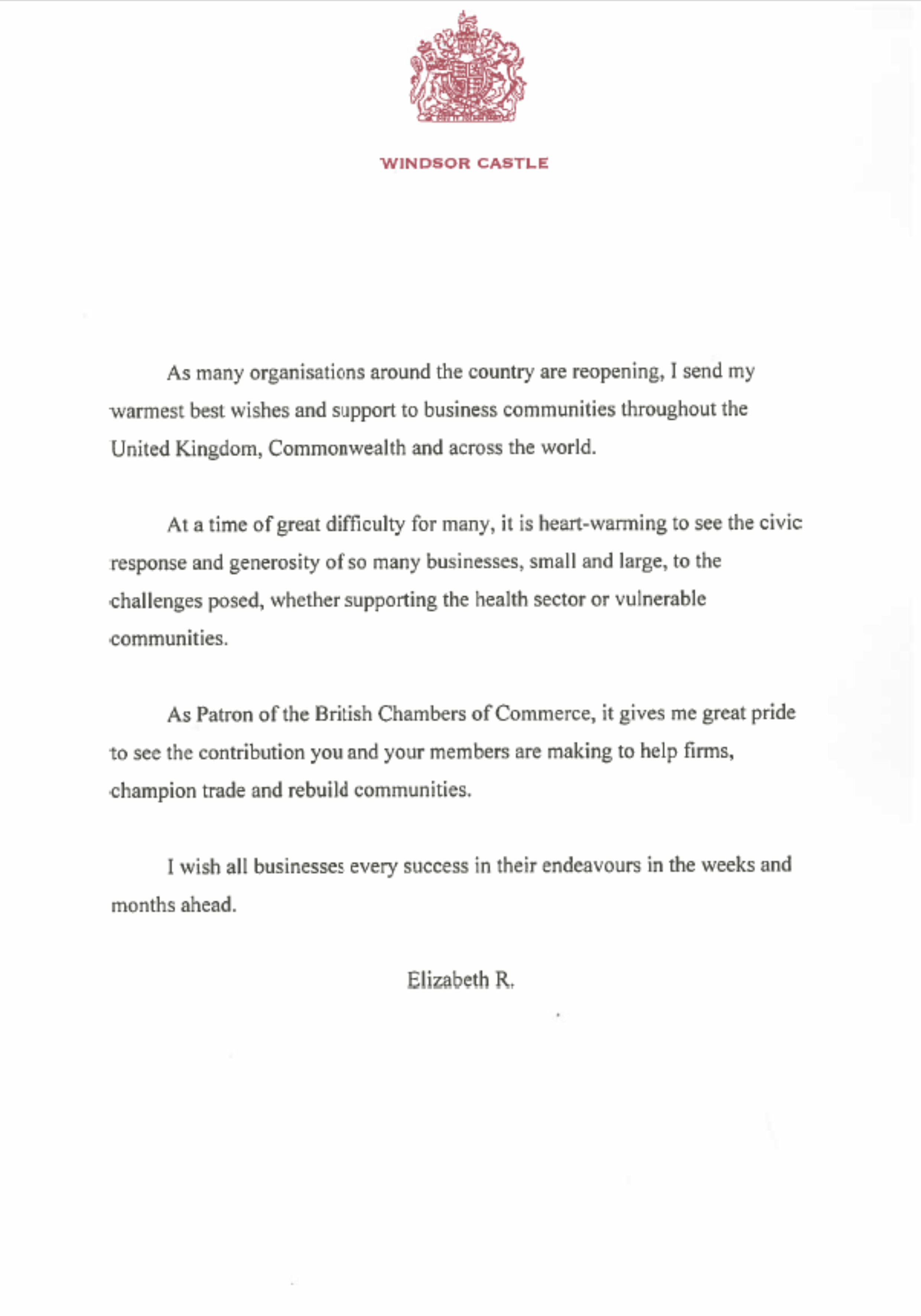