Taking on his new Chamber role all adds up for Kevin 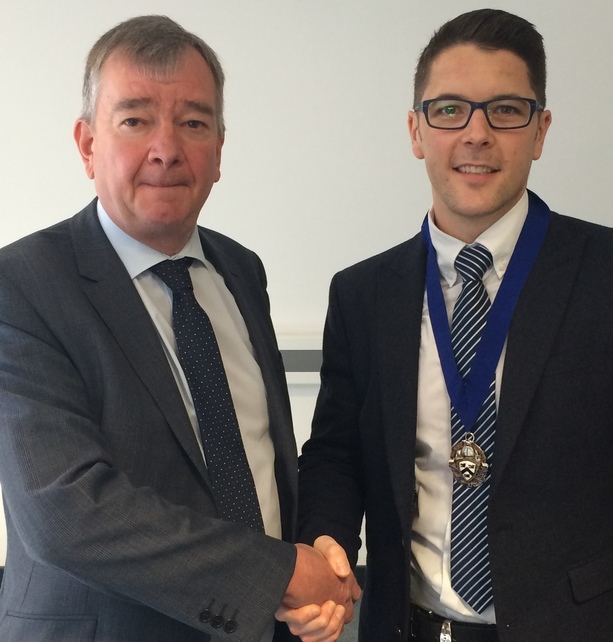 THE Chamber’s North East Lincolnshire Council has welcomed a new Chairman, Kevin Hopper, who has taken over from Anthony Winn.

Kevin (36), a partner at Forrester Boyd, is a chartered accountant and has been with the firm for 18 years and became a partner eight years ago.

The official handover was made at the Area Council meeting at AIS’s facilities at HCF Catch, in Stallingborough, which provides training for the offshore wind energy industry.

Kevin said he would like to see his time as chairman to be a little less formal and would like to see the focus on the businesses of the area, rather than the politics of it. He welcomed the development of a new industry in renewable energy and the strength shown by traditional sectors that still dominate on the employment front.

Handing over the chain of office to Kevin, Anthony urged people to give him their support and said he had enjoyed his term as chairman, but admitted that it had been challenging at times.