New venue is the icing on the cake for Yum! Festival 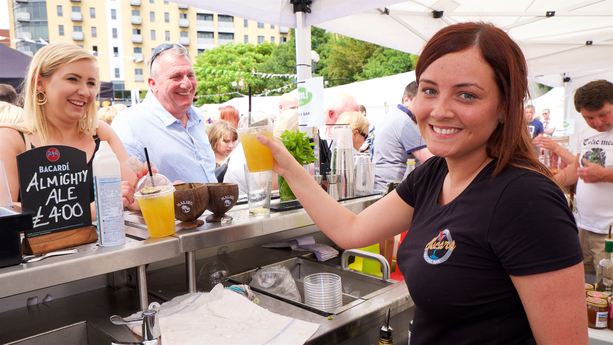 PERFECT pies, crafted cakes and even a deli for dogs delighted the crowds as foodies flocked to sample the tastes and smells of the Yum! Festival.

There was plenty to eat, drink and learn and city centre businesses felt the benefit whether they were selling their wares at the site or catering for the crowds who descended on the city centre.

Judy Newlove, owner of Sugar ’n’ Spice in Paragon Arcade, Hull, said her presence was doubly successful as festival visitors bought cup cakes and other treats from her stall and were also inspired by her cake decorating demonstration. 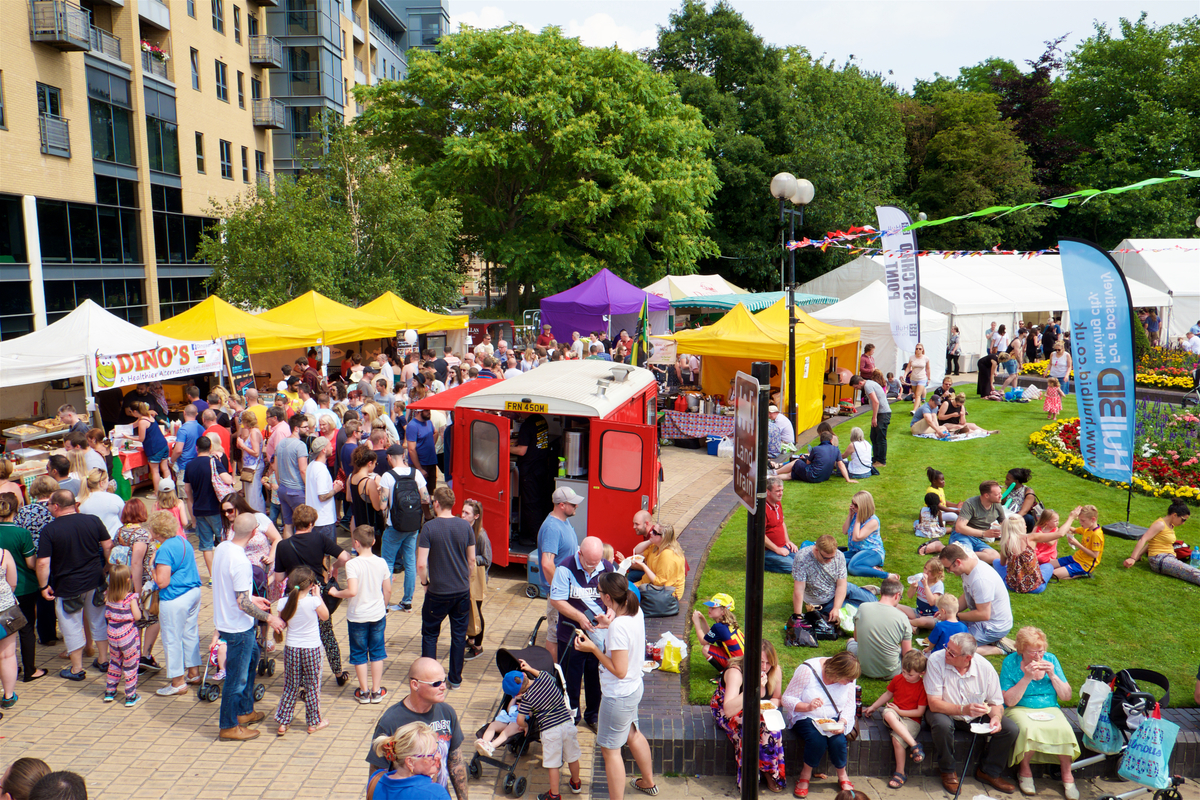 She said: “I had to think of something I could make in just 45 minutes and I came up with a cake based on an M&M’s character with M&M’s inside it. The demonstration kept the audience interested and a few of them asked for leaflets about our cake decorating classes, so the festival was good for business on the day and it will hopefully attract more customers in the future.”

Ann Donkin, licensee of the Empress pub in Alfred Gelder Street, said her trade increased as a result of the decision to hold this year’s festival in the Rose Bowl at Queens Gardens fountain – directly opposite the pub.

She said: “It was certainly very good for me and it was also the ideal venue for the festival with the gardens looking so lovely and people able to sit there and enjoy the food.

“We are seeing more people coming into the city centre and it’s because of all the events. People are beginning to embrace what’s happening and there are not so many complaints about the work that’s going on.”

As the temperatures soared one of the most popular stalls was the mobile cocktail bar which Oscars of Silver Street, Hull, unveiled at last year’s Hull Trinity Festival and which was making its first appearance at Yum!

Lee Chapman, manager of Oscars, said: “We only did cocktails, none of our wines and beers, and the weather was just right. On Saturday in particular we had queues throughout the day.

“The main benefit is to let people know where we are and what we do. Business is really good. We did very well during Euro 2016 and hopefully we’ll get a lot of people coming in for the Olympics and the new football season.”

Thearne Pet Stores of South Street, Hull brought something different to the festival with their range of specialist Canidae grain-free snacks for dogs including canine versions of popcorn, chicken nuggets, lamb grills and more.

Charlotte Wilson said: “It’s a sort of deli for dogs and even people who don’t have dogs have been curious about things like peanut butter rawhide twists! The lamb grills are 100 per cent lamb and they smell very lamby, although I haven’t tried them myself!”

Kathryn Shillito, HullBID city centre manager, said the new venue for the Yum! Festival had proved a great success and she also praised the efforts of the City of Culture volunteers who helped with the event.

Kathryn said: “The festival has been extremely busy and it’s the perfect location for people to buy food and drink from the stalls and have a picnic by the fountain. People have gone on to spend their money in the city centre shops and pubs, which is really satisfying. We’re delighted that an event like the Yum! Food Festival attracts thousands of additional people into the city centre and our BID members benefit.

“It’s the first time we have had the help of the volunteers and they’ve done a great job whether directing visitors, clearing litter or looking after stalls while business owners take a comfort break. They’ve also been making people aware of the Amy Johnson Festival in Zebedee’s Yard and getting the message across that there’s been so much going on in Hull this weekend.” 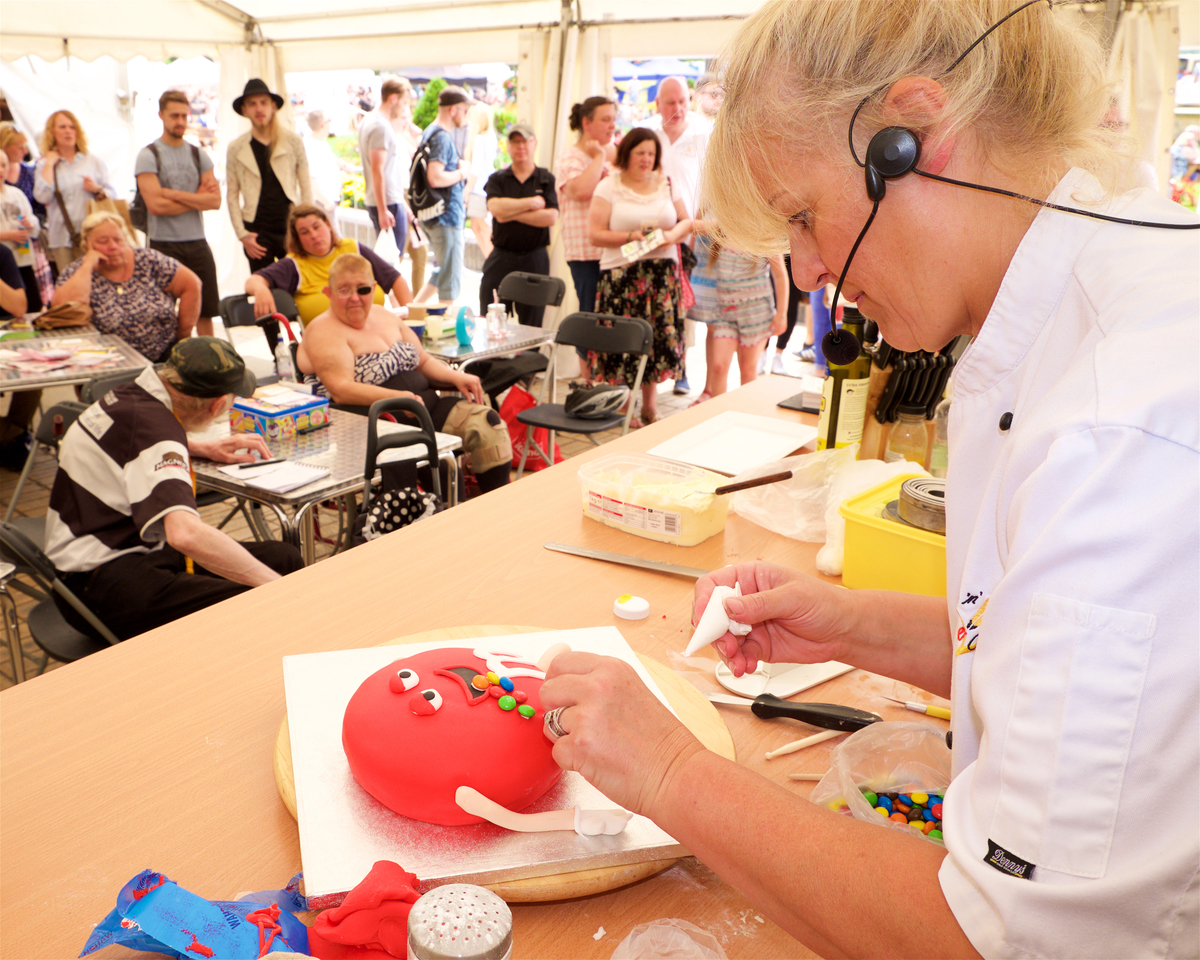