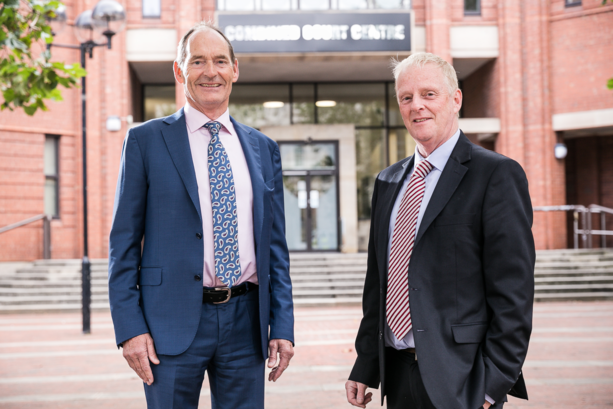 THE honourable secretary of the Criminal Law Solicitors Association who has been campaigning against cuts to Legal Aid, has returned to the North to continue his career in law.

Mark Savage, who has spent much of his working life as a senior partner at a firm in Essex, has joined Hull-based Williamsons Solicitors after a family decision that a move to Yorkshire would bring greater happiness and improved quality of life.

“I hate it – it’s the thing that gets me out of bed in the morning. There are plenty of people who have been wrongly accused of crimes and I am passionate about helping.”

His appointment means that, along with Bill Waddington who is a director at the firm, there are now two solicitors at Williamsons with prominent CLSA roles with Mr Waddington being the current chair. Both have been actively lobbying government over the last few years and have led protests around the UK against the cuts.

“Our biggest victory has been defeating the government on their proposed two-tier contract system which would have wiped out small high street solicitors and resulted in poor choice for people needing legal assistance,” said Mr Savage.

He will be working in Williamsons’ family and crime departments and has experience in the Court of Appeal and high profile murder and firearms cases. “I’m a court animal, it’s where I like to be,” he said. He was also selected to sit on a working party led by HH Peter Rook QC aimed at protecting vulnerable witnesses in rape cases.

Mr Savage, who was born in Newcastle and went to school in Yorkshire, said he, his wife and his children were always miserable on the journey back to Essex after visiting family and friends in the North.

“The opening at Williamsons came about through my relationship with Bill Waddington and it really was a no brainer. Opportunities like this don’t come along very often.

“Despite working in Hull, I am Newcastle United ‘til I die,” he added.

Bill Waddington said he was delighted about the appointment. “Mark brings a lifetime of experience in the areas of family and childcare law and also in criminal law. We know him to be a very able advocate in both the Magistrates and Crown Courts and his ability is a great asset to both departments.”