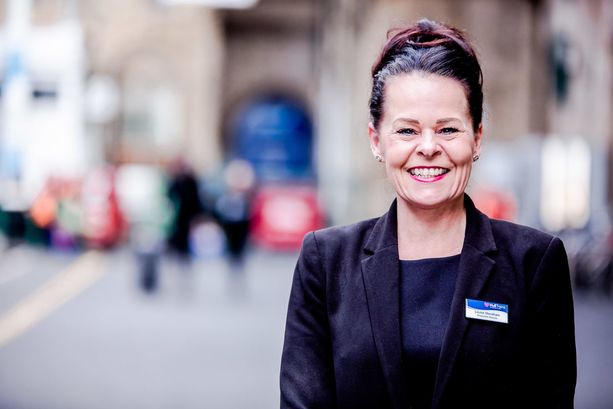 A LONG-SERVING member of the Hull Trains team has been appointed as Production Director as the firm looks towards a period of exciting transformations.

Louise Mendham, who started her rail career with Hull Trains 14 years ago as Operational Support, has been appointed to the executive team ahead of the company’s introduction of five new Hitachi Class 802 trains in December 2019.

Louise is proud of her path through Hull Trains’ ranks and says her new role represents the next step in her career: “I’ve always taken on challenges throughout my time here and this role was the right move for me, it feels like a natural progression. I’m ambitious and determined to succeed and I feel I have the experience and understanding of the business to bring about positive changes and move it forward.”

“We are in an exciting period of change here, and it is important that everyone is aligned in their vision of the future of the company. I will use my strategic experience and understanding of the day-to-day running of the business to lead my teams from the front. We are in a strong position both commercially and financially, so it is important our people share a common goal so we can succeed together.”

Louise’s rise through the ranks is not uncommon within Hull Trains – many of the executive board have worked their way up in various roles. The train operating company’s philosophy is to create an environment that allows for staff development and provide them with opportunities to progress.

After three years in Operational Support, Louise was promoted to Logistics Manager where she became involved in the company’s service planning and timetable management. A successful further two years meant that Louise was appointed as Planning and Performance Manager - handling performance analysis, train planning, and overall performance improvement and strategy for the business.

Fast forward nine years, and following Hull Trains’ year-on-year growth and approaching its upcoming transformational period, Louise has now been appointed as Production Director and will join the board to provide full leadership to both Operational and Fleet teams. She will be responsible for ensuring the safe and timely arrival of services and is preparing for the rollout of new Hitachi Class 802 trains due in 2019.

Hull Trains is the UK’s smallest train operating company and is a Gold Standard Investor In People. Reports have shown that men hold the majority of executive board positions in most industries, with only 12% of positions held by women in the construction industry, for example. In contrast to this trend, 50% of Hull Trains employees are female, with an equal gender split on the executive board.

Louise is determined to leave a lasting impact on Hull Trains’ operational performance and will approach her appointment to the board with one eye firmly on the future. She says that the rail industry is continually changing and stresses the importance of bringing innovation and new ideas to the table to succeed. She also notes that the gender gap in train operating companies is disappearing, to the point where more females than ever are employed in senior positions.

She said: “There are lots of different roles at train operating companies and the scope for progression at Hull Trains is excellent. I’ve been encouraged to apply for new roles and supported in my career development, with Hull Trains putting me through leadership courses and qualifications to help me realise my goals. We’re definitely seeing an increase in the number of women developing successful careers in the rail industry and Hull Trains is leading the field in this approach.”

Despite being one of the UK’s smallest train operating companies with 92 services a week, Hull Trains has been named the top performing long distance train company on the East Coast Main Line, with 95% of services running as scheduled in Period 4, which runs from June 24th to July 20th and 96% in Period 3, between May 27th to June 23rd. In 2019, the company will introduce its £60m fleet of five new state of the art trains - adding another 20% in overall capacity on what will be one of the most modern services on the UK rail network.