Francis Martin appointed President of the British Chambers of Commerce 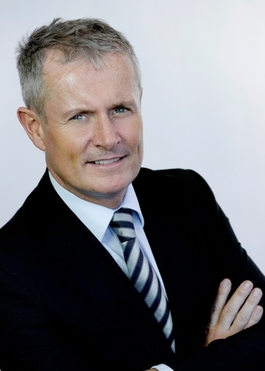 THE British Chambers of Commerce (BCC) has appointed Francis Martin as its new President, succeeding Nora Senior who stood down after three years in post.

Francis is the business group’s first President from Northern Ireland and was officially appointed at the BCC’s Annual General Meeting after serving as Vice President since 2013.

Francis is a Partner in BDO Northern Ireland, and has over 20 years’ experience in corporate finance and business advisory locally and international. Formerly President of Northern Ireland Chamber of Commerce and Industry, he was recently awarded Northern Ireland Dealmaker of the Year 2016.

Commenting on his appointment as BCC President, Francis Martin said: “Drawing on the local and regional perspectives of the Chamber network, which represents businesses of all sizes and sectors, supporting over 5 million employees in the UK, the British Chambers of Commerce is a leading commentator on the UK economy.  I will, during my term as President, be proud to champion the British Chambers of Commerce as an influencer of Government as it shapes policy and legislation at this critical time for the economy of the UK.

As the UK faces unprecedented change, Chambers of Commerce, and the views of the members they represent, are more important than ever before. I look forward to engaging positively with all Chambers in the Accredited Network, which do a wonderful job engaging and supporting their local communities. In my tenure as President I intend to work with my colleagues across the Network – not just to hold the government to account – but to work with them for the benefit of businesses around the country.”

Outgoing President, Nora Senior, said: “During my tenure as President, I sought to focus on making it easier for companies to trade internationally; strengthen the links between business and education; and raise the profile of the Chambers of Commerce as a national and global business network. In the three years I have been President we have seen progress on each of these fronts.

“I leave proud of the progress made in expanding our overseas network, which now has over 20 countries in membership, and of the evolution of our skills agenda. It has been a privilege to chair a Board of such diverse and rich experience and to help steer the BCC through the challenges of a dynamic Chamber movement and uncertain economic environment. I am confident the Chamber movement will go from strength to strength under Francis’ stewardship.”