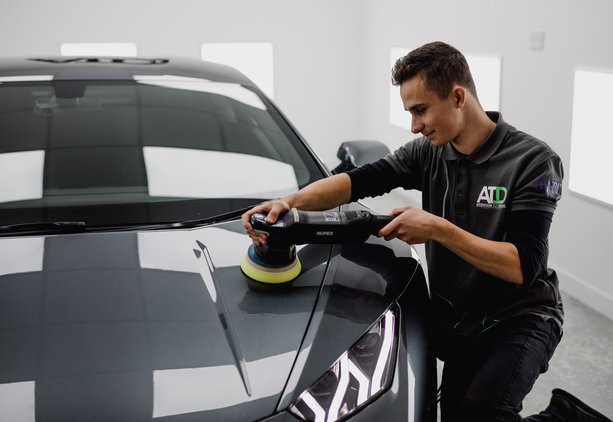 Harry Hall at work on a Lamborghini in the ATD studio.

A TEENAGER who launched his car detailing business with a just few cleaning products in the back of a Mini is now serving the international supercar market after opening his state-of-the-art studio.

Harry Hall progressed from mobile car cleaning to setting up a small studio in an outhouse. Now his ATD – Attention to Detail – company has space for up to eight cars at The Trade Yard, Beverley, with well-heeled clients dropping off prestige brands and even supercars, with bookings coming in from as far afield as Dartford, Brighton and even Spain.

Harry has always been keen on cars and his passion intensified when, aged 15, he used to visit motor shows and study the cars so closely he could see swirl marks –common damage to paintwork caused by aggressive and improper washing.

Even before he could drive, Harry practised his art by buying scrap bonnets, cleaning them up with a machine polisher and then scratching them to start again.

He bought his first car when he passed his driving test two weeks after his 17th birthday and he set off from his home in Hessle, cleaning cars and saving up. Six months later Harry opened his first studio. As word spread and more cars were brought to him, three years on he was able to expand to The Trade Yard which is being developed by Allenby Commercial in Beverley.

Harry said: “When I made the decision to move here, I wanted to involve as many as my customers as possible who have helped me along the way. Using their businesses to help build the new place was my way of giving back.

“The plan here was to work with Allenby’s and my customers to create a minimalistic, contemporary, clean, work space. Giving customers the ultimate studio to leave their cars whilst we work on them was important to me. Customer service and quality of work is something I pride myself on, and so the studio had to reflect this!

“When people talk about a unit, they usually mean an old metal thing but these, built by Alllenbys, are immaculate, so well built and well insulated. I had looked at a few other places, but they weren’t a patch on the quality of this. It looks really nice and that’s important because of what we’re selling.”

The recent launch night set the highest standards, attracting 130 people including Le Mans winner Guy Smith, who officially opened the studio. The value of cars on display was in excess of £1 million, each of them demonstrating the benefits of ATD’s services.

Harry said: “A lot of people just leave their cars in the garage because they are frightened to use them and potentially damage them. The advantage of having them detailed and having paint protection film applied is that it allows you to drive them as they were built to be driven! If you want to take them on country roads you can do that without getting stone chips. What we do is protect the car and make future maintenance and cleaning easy so you can enjoy the car.

“What I have found with other detailing companies is that some of them are too big. I want to try and keep the one to one contact, but I can’t do it all myself. I have one full-time member of staff and two part-time and they’re working on paint protection.

“We work on all sorts of cars for clients, from daily drivers to the very latest supercars. Meeting each client’s wants and needs is really great, and I love working with them to achieve the final results.

“There are a few cars I can’t mention because they are special editions, one of ones. But one of my favourites to date is a Ferrari 812 SuperFast, a flagship supercar which came by recommendation. Also, a Rolls Royce from Dartford. There are a lot of footballers and local celebrities, but the majority of our clients are private business owners who like to fly under the radar, so we are used to catering for even the most discerning clients.”

Georgia Allenby, Design Manager at Allenby Commercial, said: “We launched our Trade Yard concept at this site and have rolled it out to Scunthorpe and Immingham. It appeals particularly to trade businesses, but the Beverley site is attracting more variety. Attention to Detail certainly stands out as being different and we are in discussions with other interesting businesses which are planning to move in during the coming months.” 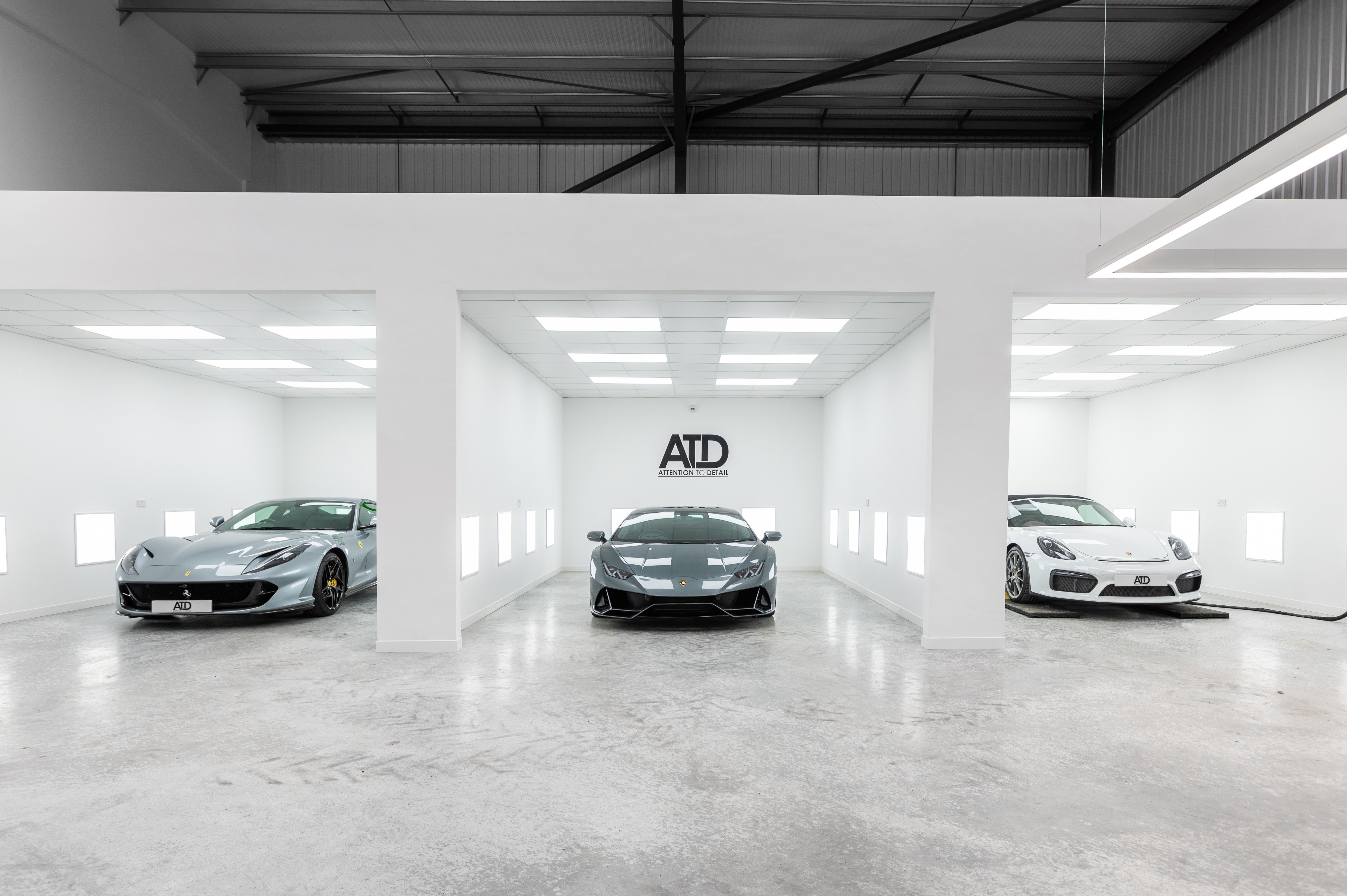 Pictured (from left) a Ferrari, Lamborghini and Porsche in the studio.