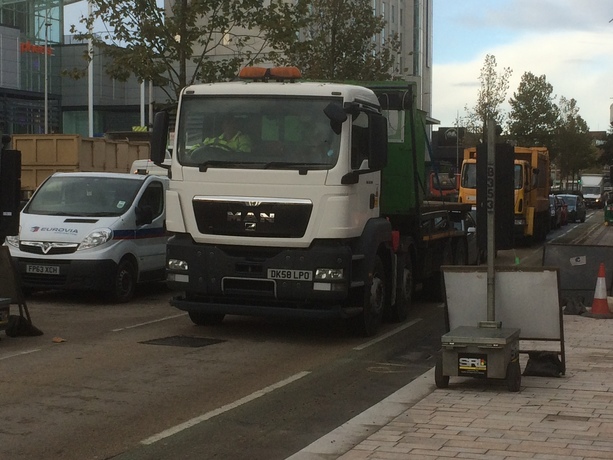 The road works on Ferensway in Hull city centre.

HULL’S Ferensway is to close completely for three days from Sunday 27 to Tuesday 29 November the City Council has announced.

The closure is to facilitate a number of major works including the replacement of traffic signals and the installation of a new pedestrian crossing. The Council says the closure is the result of re-phased improvements on Ferensway to minimise the impact of the works on city residents and businesses in the run up to Christmas.

In the meantime, two-way traffic will return to Ferensway from Friday, 11 November, five weeks sooner than originally planned.

The council says the work is an essential part of the improvements currently being carried out to Ferensway, and means the road will be completed in time for the UK City of Culture 2017 to benefit drivers, pedestrians, and visitors for many years to come.

Cllr Martin Mancey, Portfolio Holder with responsibility for transport and highways, said: “I am pleased that we will be able to restore two lanes of traffic in each direction so much sooner than originally anticipated. Whilst we recognise that there will inevitably be some disruption to traffic during the closure whilst the traffic signal works are in progress, we will do everything in our power to minimise disruption.

“Once completed, it will provide a significant benefit to all road users and pedestrians. On balance, I believe this relatively short period of closure is preferable to the extended period of single lane traffic restrictions, which were previously anticipated to continue to mid December.

“I would urge motorists to try and make alternative travel plans and to utilise the city’s public transport network and our park and ride service.”

During the much shorter period of disruption, EYMS and Stagecoach buses will be operating a full service to and from the Interchange, and will also have access to Carr Lane which will revert back to two-way traffic from Friday 25 November, easing congestion on the wider network.

Taxis may continue to use the Interchange by exiting in front of the Royal Mercure Hotel during the three day closure, and a temporary taxi rank has also been installed on Paragon Street. Both hackney carriages and private hire taxis will also be able to use Carr Lane during the three-day closure.

Brook Street and North Street will be operated as a two-way street for cars only during the closure, so that deliveries and shoppers wanting access to the Prospect Centre car park are able to continue as normal.

The alternative route for motorists will be via Freetown Way/George Street, Great Union Street, A1033/Garrison Road and Castle Street.

The work to Ferensway includes:

There will also be a series of overnight closures, from Monday 12 – Friday 16 December, so that the final resurfacing works can be completed.

To keep up-to-date with travel updates, please visit www.cityplanhull.co.uk and follow us on Twitter @Hullccnews and @destinationhul