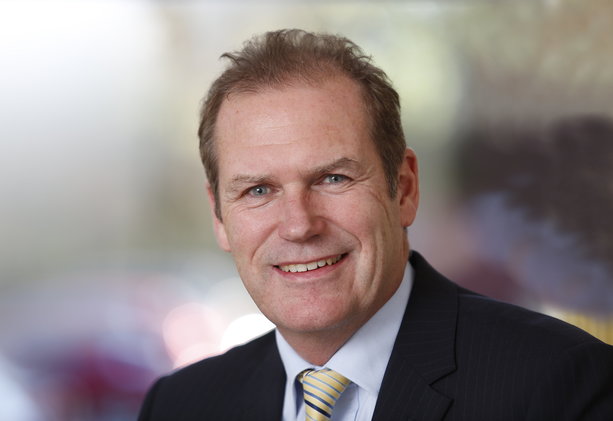 FROM trainee lawyer to Senior Partner at the region’s largest law firm, Mark Carlton looks back with pride as he retires after a 36-year career with Wilkin Chapman solicitors.

Mark was 25 when he joined the firm as a law graduate in its then Immingham office in 1985. And as he recalls those early years, he remembers his determination to succeed within Wilkin Chapman.

“When I look back to those days, I used to joke that one day I would be the Senior Partner. Whilst outwardly it was said in jest, deep down it was an ambition I always knew I wanted to achieve,” recalled Mark.

Over almost four decades, Mark and the firm have grown together. Wilkin Chapman now sits as a Top 200 UK law firm with offices across the region and Mark, a family law specialist, is retiring after achieving his goal to be Senior Partner. It was a role he accepted in 2011 and kept until 2018 when colleague Andrew Holt took over in preparation for Mark’s retirement.

“I look at the growth of the firm with an immense amount of pride, and all the more so because Wilkin Chapman has remained a local and a family firm, it has remained true to that whilst becoming a successful business regionally, nationally and internationally,” said Mark.

“The events of the past year have highlighted the importance of being a part of the local community, with a local and loyal client base that has continued to support us and that has been extremely important,” he added.

After beginning his career at the former office in Immingham, Mark spent time at the Louth office before moving to Beverley to help establish Wilkin Chapman within East Yorkshire. He was delighted to then head up the Grimsby office – the former Tollbar student is a local family man with a keen interest in football and cricket.

“I always wanted to finish my legal career in Grimsby, and whilst my retirement is tinged with sadness, I look forward to the future and to following the continuing success of Wilkin Chapman,” said Mark.

Mark is succeeded within the Family team in Grimsby by its present team leader Stacey Heeley.

End of an era as Mark Carlton says goodbye to Wilkin Chapman after 36 years
Northern Lincolnshire Business Awards are going live!
Dedicated base for children with autism inspires awareness-raising project
The Humber – Preparing for the Future
Chamber launches new support packages for HR, H&S, Legal and Tax issues
See All

15% discount available
10% off your commute service with Zeelo and the Chamber
Do you get frustrated by customer feedback?
Go Green
Free VoIP phone and setup
See All