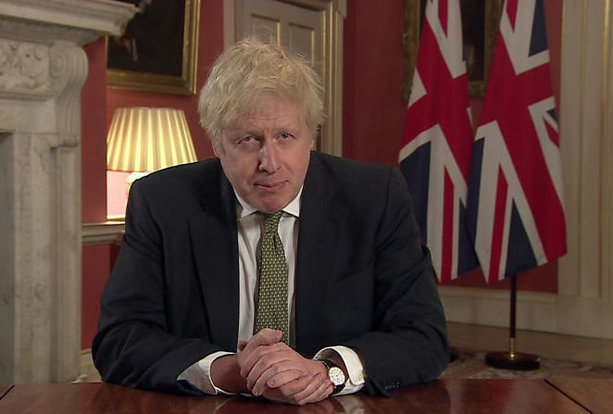 BUSINESSES across the Humber are facing yet more challenges and uncertainty following the Prime Minister's announcement of a third lockdown and warning of the "hardest weeks" yet to come.

With the new strain of Covid-19 spreading rapidly across the country amid fears for the ability of the NHS to cope with the rising numbers, Boris Johnson addressed the nation urging people to find new resolve to do the right thing and issuing a stay at home order. The Prime Minister said the rules will become law in the early hours of Wednesday, but people should follow them now.

Under the latest measures, support and childcare bubbles will continue, and people can meet one person from another household for outdoor exercise.
Exercise should be limited to once per day.

Schools in England, Scotland and Wales have closed to most pupils and Cabinet Office Minister Michael Gove confirmed GCSE and A-Level exams in England were cancelled this year, saying the Education Secretary will make a statement in the House of Commons on Wednesday.

Chancellor Rishi Sunak has announced that businesses in the retail, hospitality and leisure sectors are to be given a one-off grant worth up to £9,000 with the measure costing £4-billion across the UK.

David Hooper, the Chamber's Externall Affairs Manager, said: "This isn't the start to the year businesses in the Humber wanted, but the rapidly rising Covid-19 figures are scary and it is clear swift action had to be taken.

"The Government had announced towards the end of last year that the furlough scheme was being extended to April and we are pleased to see Rishi Sunak moving swiftly to put in extra support for businesses which are going to find it especially hard now for the next couple of months.

"We have to try to stay positive though - the vaccine roll-out is gathering pace, so hopefully in the next couple of months infection rates and hospital admissions will come down and the Government will be able to start easing some of these restrictions".

"Businesses are also trying to deal with the changes brought about by the UK's departure from the EU - the Chamber has a team of people on hand to provide help and support, particularly for import and export enquiries. They can be contacted by emailing the Global Humber Helpdesk.

A British Chambers of Commerce spokesman said: “Businesses will understand why the Prime Minister has felt compelled to act on the spiralling threat to public health. The lockdowns announced in England and Scotland are a body blow to our business communities. Tens of thousands of firms are already in a precarious position, and now face a period of further hardship and difficulty.

“Billions have already been spent helping good firms to survive this unprecedented crisis and to save jobs. These businesses must not be allowed to fail now, when the vaccine rollout provides light at the end of this long tunnel. The financial support for businesses needs to be stepped up in line with the restrictions being placed on them. Otherwise, many of these firms may simply not be there to power our recovery when we emerge once again.

“Enhanced support for businesses, a turbo-charged vaccine rollout, and delivery of existing promises on mass testing must be delivered to enable the UK to restart, rebuild and renew.”