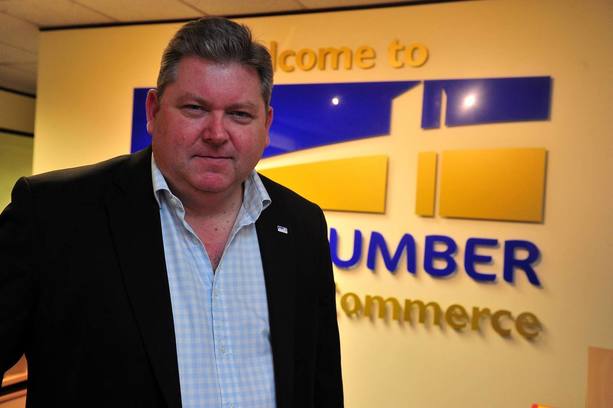 CHAMBER Chief Executive Dr Ian Kelly has been appointed to the advisory board of UK Northern Powerhouse International Conference to help it drive forward its plans for supporting significant growth in the Northern economy.

Dr Kelly joins the advisory board chair, Lord Bob Kerslake, who is a former Head of the Civil Service, and will be part of the group advising on topics and debates for inclusion in the 2017 UK Northern Powerhouse International Conference & Exhibition, which takes place on February 21 and 22 at Manchester Central.

The advisory board will also be responsible for championing innovative private sector Northern Powerhouse projects that will make a contribution to the realisation of economic growth in the North of England.

Dr Ian Kelly, who has been Chief Executive of Hull and Humber Chamber of Commerce and its seven subsidiaries since 1995, organised the merger of Hull and the other four local Chambers in the Humber region in 1999. He has previously worked at the House of Commons, in the Australian Parliament as well as lecturing in British Politics at Leeds University. He is a non-executive director of British Chambers of Commerce and Finance Yorkshire and has been involved in numerous national, regional and local committees, partnership bodies and senior positions in public life over the years.

The report includes a range of recommendations as next steps for those concerned with ensuring the Powerhouse fulfils its potential. These include simplified governance encapsulating devolved city regions and central government and revenue raising powers for local government in order to enable them to reinvest locally.

Dr Kelly said: “The proper execution of the plans outlined by the UK Northern Powerhouse have the potential to transform the region, both in terms of its economy and the life chances of those who reside within it. I am delighted to have been appointed to the advisory board of such an important initiative and look forward to playing my part in ensuring that these plans happen.”

Martin Venning, director of UK Northern Powerhouse Conference and Exhibition, said: “This is a pivotal period for the UK Northern Powerhouse. The ramifications of Brexit and its attendant effects on the economy mean a strong force is needed to ensure that the interests of the North are well-represented and – more importantly – that the initiatives that will make a difference in this region actually come to fruition.

“The Northern Powerhouse  Independent Economic Review published by Transport for the North has demonstrated that if the right steps are taken, then the Northern economy can expand by an extra £97bn and 850,000 jobs by 2050. However, without the right action, the North will be further alienated from the South East and many opportunities will be lost.

“This transformation of opportunity in the North cannot be reached by Government funding alone. We need business, policy-makers and other key stakeholders to come together and play their part in building a stronger, more productive and stable Northern economy. Our advisory board has been carefully selected to help us achieve just that and we couldn’t be more pleased with these appointments.”

The 2017 UK Northern Powerhouse Conference and Exhibition takes place on February 21 and 22 at Manchester Central and is expected to attract some 3,000 delegates over two days.

Topics being addressed during the conference include productivity, manufacturing, transport and infrastructure, housing, devolution competitiveness, productivity and the North as an international powerhouse.