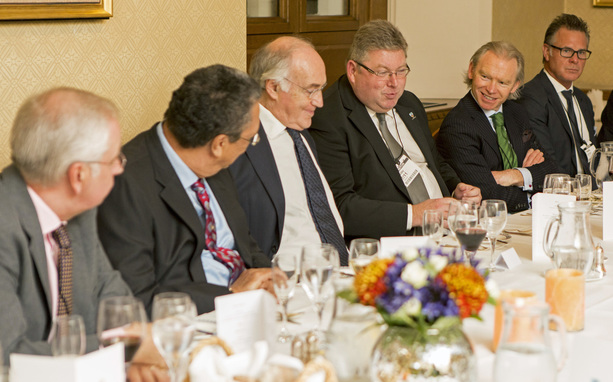 Lord Howard in talks over dinner during his Caribbean visit.

THE British Caribbean Chamber of Commerce is celebrating its 15th anniversary and has produced a video to mark the occasion.

The BCCC established a second Chapter in Saint Lucia in 2015 which works alongside the original centre in Port of Spain, Trinidad.

Lord Howard of Lympne is the Patron of the British Caribbean Chamber and visited the islands earlier this year, marking his first official visit as Patron. During his visit, the former Home Secretary met business members of the Trinidad and St Lucia Chapters of the Chamber as well as a string of dignitaries including the Prime Ministers and Governor Generals of Grenada and St Lucia as well as the President of Trinidad.