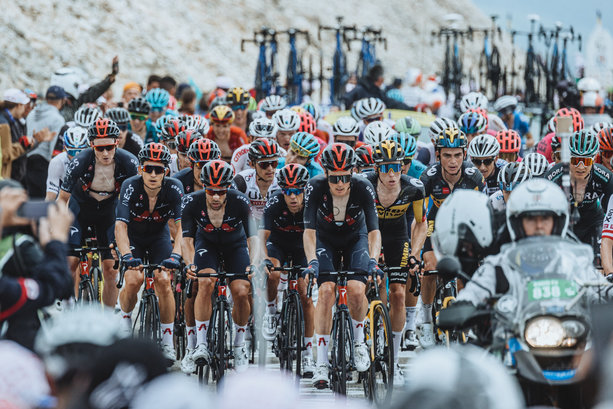 ONE of the biggest names in cycling who inspired unprecedented international success in Olympic velodromes and across road cycling’s biggest races has turned to a performance and management consultancy based in Hull to help his athletes stay at the front in the sport’s headline races of 2022.

Sir Dave Brailsford has recruited Trans2 Performance to develop key members of the superstar INEOS Grenadiers cycling team, where he is Team Principal.

The task, which is already under way, involves helping the team prepare for the most high-profile races in the global cycling calendar – the Tour de France, the Giro d’Italia and La Vuelta a Espana.

Having overseen 16 Team GB Olympic Golds and seven Tour de France triumphs, expectations are high of a man who decided to approach Trans2 after listening to their podcasts on his bike.

He said: “I listen to a lot of podcasts where I think I can learn something. I came across the T2 podcasts and I was intrigued. I listened to another and another and I really, really like the work that these guys are doing so I got in touch.”

Trans2 Performance was established in 2015 by CEO, Martin Johnson, after he became frustrated with traditional training and development practices that he felt offered no lasting impact on individuals.

His new approach to help individuals develop and form positive traits, beliefs and behaviours that can last a lifetime was quickly in demand after the launch in March 2019 of the T2 Hub.

The centralised service was aimed primarily at helping private businesses and some public bodies, and its success has supported a move to bigger premises and expansion of the team. In addition to securing the INEOS Grenadiers as a client, Trans2 have landed contracts with major brands including iconic fashion retailer Belstaff, multinational power giant Orsted, and global consumer credit giant, TransUnion.

It was a T2 Hub podcast about organisational development and design that first caught the ear of Brailsford and prompted him to listen to others.

After some virtual meetings, Brailsford visited the Trans2 offices next to the River Hull to work with Martin on formulating a plan geared to leading the INEOS Grenadiers through the changing demands of the world class cycling environment, promoting collaboration and performance integration to build belief and maximise the impact of talent.

After the session in Hull, Martin met key figures from the INEOS Grenadiers team in Paris, and next month he will join them in Spain as preparations intensify for the 2022 season.

Martin said: “We have contracted to support Dave and the INEOS Grenadiers in the 2022 season on their people development programme and we are absolutely thrilled and delighted with that.

“We are going to work with the whole squad, with Dave and his senior management team, coaches and directing staff, helping them to develop their people and

understand how they can communicate better, drive a productive culture, increase collaboration and understanding, self-awareness coaching.

“His approach is to invest in his people, develop his people and he thinks we are the best organisation out there to help him do that.”

Brailsford underlined the importance of developing the individuals in his team and promoting collaboration.

He said: “In my 20-odd years of trying to survive in the sports world you realise pretty quick that you can’t really do the things you are going to get judged on. I can’t win a bike race, it’s not me, it’s somebody else but I am going to get judged on that other person’s performance, as many of us do.

“In every sport there’s a technical aspect and a tactical aspect and there’s a side of sport that is man-made, but fundamentally sport is about human beings and how they perform, how to get the best out of them.

“Once you embark on a career in elite sport you know it’s an ever-evolving area. I see myself on a treadmill and I have got to keep running to stay on it – for me that means you have to keep abreast of anything which will help you with your development of people.

“Talent is important but we are in the business of enabling people to really get the very best out of their talent. If we don’t believe in other people why are they going to believe in themselves?

“When we started out with the British cycling programme we had one Gold in 76 years of trying and we went from there in a very short period of time to winning a lot. People didn’t believe it was going to happen, but we had the talent.

“It was a people programme that we were trying to bring to the fore in the velodrome and apply to cycling – and then, lo and behold, there were champions everywhere.

“But the moment you stop and take for granted then you are in trouble, and that’s why I am engaging with Trans2 because it causes you to self-reflect. Martin has a very structured mind and when he imparts knowledge he does it in a very clear and concise way which is what attracted me to Trans2 in the first place.”