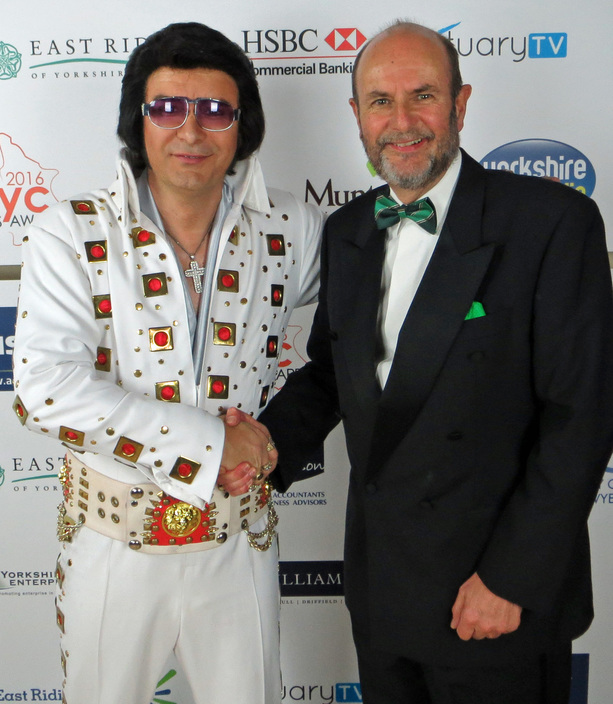 A RESPECTED East Yorkshire lawyer was “All Shook Up” at the Chamber Bridlington and Yorkshire Coast Business Awards when he was presented with a Lifetime Achievement Award – and met Elvis!

Julian Wild, a Partner at Rollits law firm, was presented with his award by Dr Ian Kelly, Chief Executive of the Hull & Humber Chamber of Commerce.

“Julian is also acknowledged as a huge patron of the arts and sport locally with his work at Hull Truck Theatre, in local and national football and horseracing”.

Receiving his award, Julian said: “This is a complete surprise, and a great honour to receive the Lifetime Achievement Award. When the Chamber invited me to Bridlington I never suspected anything like this would happen”.

Julian went on to meet Elvis, otherwise known as impersonator Steve Caprice, the award-winning tribute act based in East Yorkshire, who was backed by the Passionettes. Bridlington’s own classical soprano singer, 16-year-old Emmie Beckitt, brought the evening to a crescendo with her renditions of You’ll Never Walk Alone and Nessun Dorma and won a standing ovation from her home town audience.

The evening raised more than £5,000 on the night for Hornsea Inshore Rescue. 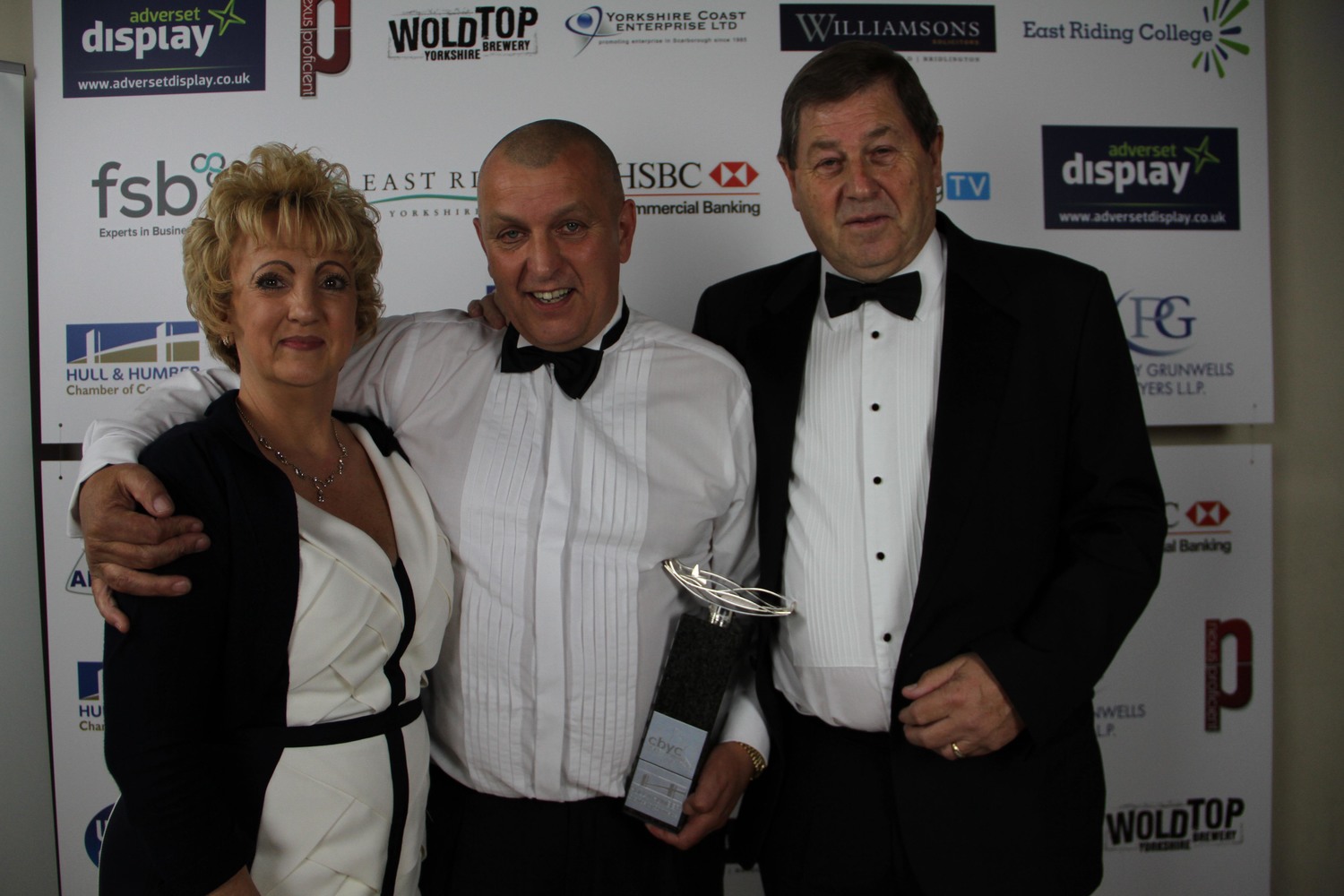 John and Sue Morley from The Stables with David Dowson.