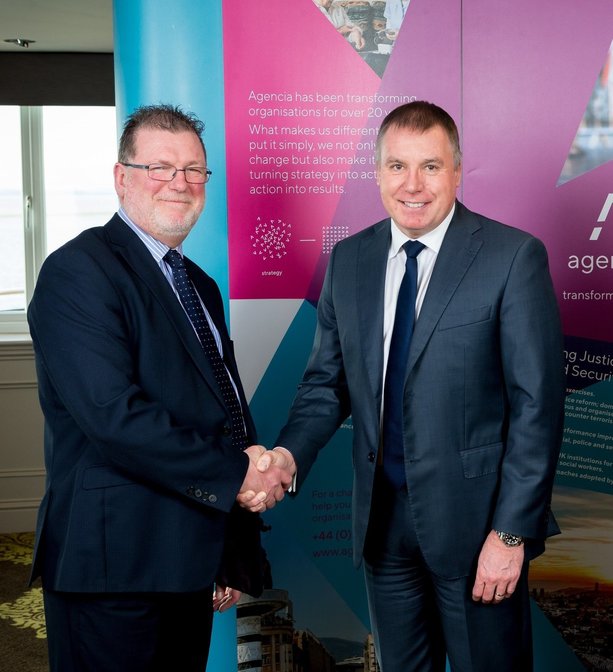 A COMPANY from East Yorkshire which is a leader in helping overseas governments reform their justice systems is stepping up its activities by creating a specialist division and appointing a sector expert to lead it.

Agencia, based at Hessle, has established a Serious Crime Directorate to drive its security activities in territories around the world. The company has also appointed Tim Holt as head of the new division following the success of a project in Kenya.

Steve Pitts, Agencia’s Director of Justice, Security and Policing, said the Serious Crime Directorate was set up after the company identified a need to build confidence among developing nations working to improve their justice, policing and security systems – and among potential investors.

He said: “The Serious Crime Directorate is working on economic crime, anti-corruption and counter terrorism, helping to address the conflict, stability and security agenda and supporting the economy in these countries to make sure it is sufficiently robust.

“It’s very relevant to businesses working in these nations, increasing prosperity and helping them when they are exploring opportunities to invest.”

Agencia’s international achievements in the health and justice sectors led to the company being appointed as a Northern Powerhouse Export Champion earlier this year. Officials at the Department for International Trade (DIT) made the move in recognition of the fact that more than half of Agencia’s business is international, and the company is expanding its activities in the Western Balkans and South East Europe, East and North Africa and China.

Tim is a former police officer who became a financial investigator in 1996 and has wide experience in the sector, notably with the UK Government’s National Crime Agency (NCA). He has delivered asset recovery training for government officials and agencies in Trinidad, Kosovo, Macedonia, Montenegro, France, Belgium and Italy and has hosted training in the UK for Lebanese, Russian and Vietnamese groups.

He was recruited by Agencia in 2017 for a specific project to help authorities in Kenya tackle corruption and associated criminality after the company was approached by HMRC on the strength of its success in driving criminal justice reform in countries including Malaysia, Croatia and Moldova.

Tim said: “The success of the project in Kenya led to us being invited to work with the state prosecutor’s office in Bosnia on corruption and money laundering. It became clear to us that these issues are a common thread running through a lot of projects that Agencia is working on and it made sense to create a division specifically to concentrate on that.

“The new division will broaden Agencia’s scope to tackle existing projects and to identify new opportunities around the world. It will also strengthen our network of investigators and intelligence specialists and enable us to take a more focused view of instances of corruption, the causes and how we can deal with them and try to educate and train the appropriate agencies in ways to improve what they do.”