AA Global announces key appointment as it prepares for expansion 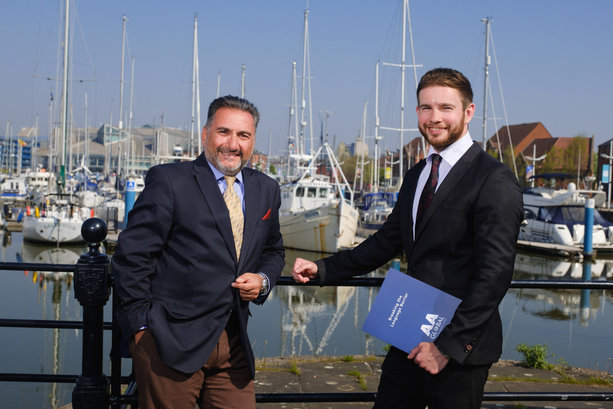 A LEADING translation and interpreting company is set for further expansion after confirming a key appointment and revealing plans for new premises.

AA Global Language Services Ltd has announced the appointment as General Manager of Andrei Sparling, who joined the company as a part-time interpreter and progressed to lead its expansion to Hull in 2011.

That move provided a platform for growth across the north of England for the company, which was launched by the CEO Kirk Akdemir in Worcester more than 25 years ago.

The Hull office gained importance as AA Global developed its services to major public sector organisations, a wide range of private sector businesses and even to the City of Culture Company by building a team of nearly 15,000 translators and interpreters who between them can cover more than 500 languages.

With discussions under way about a move to new, more modern and spacious premises, Kirk said the plan is for continuing improvement, growth and recruitment.

He said: “Since we expanded from our base in Worcester, our Hull office has grown in importance and now employs 15 of our 20-strong workforce. As more people have arrived the building has become a bit cramped and we have decided it’s time for a move.

“We’ve looked at a number of sites and we expect to agree a deal soon with a view to moving during the next few months. With a bigger office we’ll be aiming to expand further, and we expect to recruit across all areas of the business.”

Kirk added that the promotion of Andrei sends a message to all new recruits that AA Global will offer the opportunities for the most junior staff to build successful and rewarding careers.

He said: “Andrei joined us in a part-time role, came in full-time at a very junior level and has taken on more and more responsibility over the years, making a significant contribution to the success of the business. He has played a pivotal part in our development in Hull and he will be a key figure as we complete the relocation.”

Andrei, who comes from Moldova, has lived and worked in Spain and in the UK. He speaks English, Moldovan, Romanian, Russian and Spanish and moved to Hull just one year after joining AA Global.

He said: “The work has been very challenging and there is always so much more to learn, but that motivates me, as do the people I work with. It’s about everybody working together and helping each other. My colleagues are part of the reason I am where I am.

“I was one of the first people from AA Global to arrive in Hull and I have seen the transition of the city first-hand. It’s a lovely city and I see it as my home rather than as a place I came to because of a job.”