Levelling up? Are you confused? Join us for a lunchtime panel discussion and find out more! 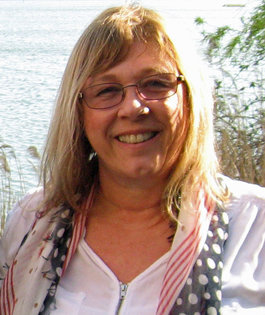 Anne Tate - inviting you to a lunchtime panel discussion.

I think we are all by now familiar with the term ‘Levelling Up’. Have you noticed though that wherever it appears it is often followed by a question mark.

People are perplexed and business owners are confused by the term. Even MPs are puzzled.  “What does the term mean?”, “will it affect my business?” and “what kind of challenge will it represent?” are all questions being asked of the Chamber by its members, writes Northern Lincolnshire Manager, Anne Tate. To be fair, Covid as with much else, has delayed action, increased speculation and induced confusion on the subject but action – or at least progress - is imminent!

Put simply, this Government was elected on a pledge to address regional inequality and to level up the country. Hence the term ‘levelling up’.  It was particularly directed at those areas north of the ‘Red Wall’ where communities felt ‘lost’, disenfranchised and adrift from the policies of those in power. I see that the Select Committee looking into the topic has since added a caveat that levelling up should apply to all less affluent communities wherever they are. A cynic might say that there were a few southern MPs on that Committee!  Not that we disagree. However, I digress.

A Government White Paper (a consultation document as a forerunner for legislation) is to be published this autumn and the Chambers of Commerce are being invited to feed into the discussions.  The recent appointment of Neil O’Brien MP as the Prime Minister’s adviser on the subject would seem to indicate that minds are now being suitably concentrated. O’Brien is known for his strength on policy detail so we are now hopeful that some clarity may ensue on what is envisaged.

Over recent months many different objectives for ‘levelling up’ have been identified.  The trick will be to turn these objectives into achievable outcomes that the electorate can identify with, and to do all this in a relatively short time period. Quite an ask!

So what could feature in the White Paper?

Connectivity, transport and broadband infrastructure are highly likely to be cited.  The skills agenda is also a good likelihood, feeding as it does into creation and access of jobs. Reskilling, upskilling, appropriate skills are all legitimate concerns for us north of the ‘Red Wall’.   A subject close to my heart, improving our towns, making our town centres relevant to 21st Century use, putting the somewhat intangible ‘heart’ and pride back into communities could also be featured.

As a nation our mental health is in a state of decline just like many of our town centres. People want to feel safe, want activities they enjoy and are fun. We want good useable green spaces and accessible town centres for our ever increasing leisure times. The virtual world has become our go to modern day Valium, a problem exacerbated by the pandemic, but a realisation is dawning that locking ourselves in houses and forsaking our communities is downright bad for us. People are missing casual social encounters, trips to a library, a town centre, a community fete. We are social beings and the virtual world does not address our mental health needs.

The White Paper may feature access to local services and devolution of decision-making activity. After all, who knows what local area needs better than the folk that live and work there. And accountability should remain local. Local business, the private sector, needs to be at the heart of that decision making. It’s not just about tick-box consultation, real engagement is key to success. Only in that way can we ensure that the challenge of translating national policies into local improvements is met.

The thing is will the Prime Minister decide whether levelling up is a political project or an economic one? Or both?  If we improve skills in poor towns and boost links to cities where good jobs exist how will this help the prospects for towns? Is the ‘brain drain’ to cities something that needs addressing and if so how can it be stopped? How do we ensure that businesses have access to workers of the right skills, whilst protecting our smaller towns, their heritage and communities?

In northern cities we live shorter lives, have poorer educations and lower productivity than our southern counterparts. Covid has unfortunately exacerbated the problem so that the promise to level up the North will now be four times harder to keep. Hull is one of the cities cited to face the biggest challenges in this regard.

All the above issues have the added complication in that they span many government departments and policy areas, for example further education, industrial strategy and regional policy. What appetite is there for further massive upheaval, where is the starting point and the finishing line for all this levelling up?

If all this has whetted your appetite to know more, get involved with the debate or just listen in to what I am sure will prove to be an interesting event, then do book on to our Levelling Up Speaker Lunch on Friday 15th October.

Details of the speakers, a flyer and booking info can be found on the Chamber’s website Hull and Humber Chamber of Commerce (hull-humber-chamber.co.uk)

Levelling up? Are you confused? Join us for a lunchtime panel discussion and find out more!
HullBID secures funding to step up fight against city centre graffiti
BCC leads calls for extension on easement for CE markings on imported goods
Chamber tributes to Great Grimsby MP ‘who spoke truth unto power without fear’
City centre pubs collaborate with Theatre Quarter Beer and Cider Festival
See All