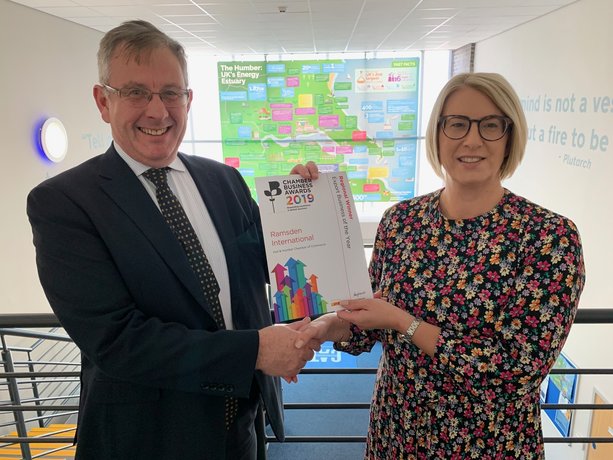 GRIMSBY-BASED Ramsden International led by local businessman Sean Ramsden has won Export Business of the Year in the Yorkshire & Humber region for 2019, in the British Chambers of Commerce Awards.

The company will now go through to the national finals where the overall winners will be announced at a special Dinner. Ramsden International is a previous winner of the national accolade.

Ramsden International’s Chief Financial Officer, Amanda Barr, was presented with the certificate at the start of the Chamber’s North East Lincolnshire Area Council meeting which was held at the Maersk Training Centre, CATCH, Stallingborough,

The Chamber’s North East Lincolnshire Area Council Chairman, Michael O’Flynn presented Amanda with the certificate and wished her well for the national event in London.